News that goes beyond disturbing

The internet has an enormous of mis-information, but just because it’s the net, doesn’t mean it’s the first media level to offer this. There have always been drama filled publications stating outrageous claims. We can still see them at the register of just about every grocery store. Differentiating the bizarre from reality used to be a bit easier, but is ultimately left up to the individual for belief. There are however, some stories that sound like they should be in these publications, but are true. Organizations, companies and yes, even the government go to great lengths to keep these little gems hidden; but they are more disturbing than we want to know. 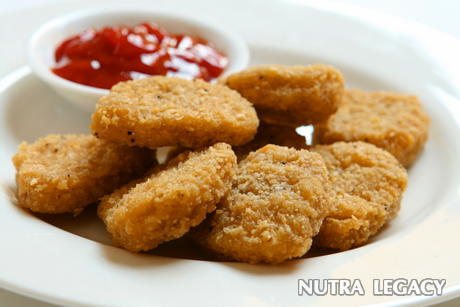 Why would my chicken be toxic?

One of the latest little ugly truths is the fact that the FDA has finally admitted that there is arsenic in our chicken. Arsenic is a toxin that causes cancer and in larger doses it can even cause death. You might think that this is a new thing, but, actually it’s been going on for over sixty years. The really strange part? The arsenic is actually deliberately added to the chicken feed. Now that the story is out, the chicken feed manufacturer has decided to pull the feed off of the shelves. Another little dirty secret is this chicken feed company is a division of a well known pharmaceutical company. One of the companies that create virus vaccines as well as the vaccinations we give our children. While this company is removing the feed from the shelves in the U.S. it will not obligate to do the same in other countries. So, it seems it’s another case where a U.S. company dumps unacceptable product into countries that are just accepting of their contents. As the shelves are being emptied, the FDA is continuing to tout the fact that the arsenic is in such low levels that it is safe to eat. Did I hear this correctly? Is the FDA saying it’s safe to eat a carcinogen but you want to take my herbal supplements away because they might be dangerous?

The final note on this tidbit of news is: the arsenic fed to chickens is also excreted in the chicken feces. Chicken litter is fed to cattle in factory operations for beef.

My McNuggets have an anti-foam agent?

I am like every other parent. When my son was growing up I tried to encourage healthy eating, but the lure of the ‘golden arches’ was too much for him and I gave in. Of course, his favorite has always been the McNuggets. I never preferred them, because they always tasted rather strange to me, but, like every other parent one assumes that they must have some healthy content to them.

While the famous Chicken McNuggets do contain some rather yeast extracts and some preservatives, even the McDonald’s website used to state they are made with TBHQ added to the hydrogenated soybean oil, citric acid to preserve freshness and “Dimethylpolysiloxane added as an antifoaming. TBHQ is a petroleum derivative and there is research that has linked this additive to stomach tumors. In the higher doses, lab animals have been shown to have DNA damage. On the topic of Dimethylpolysiloxane (PDMS): this is a form of silicone that’s used in sealants and caulks products and is even used in breast implants as a filler. It’s also a main Silly Putty ingredient and found in mold release agents, defoaming agents, polishes heat transfer fluids…and the list goes on. I guess my question is the same as yours in this situation: Why? Was there some crazed chemical biologist that created this concoction to see what the affects would be on our population? A for the chicken itself, you don’t want a visual on the chickens that are never let out of a cage and are fed a non-top diet of vaccines and hormones. I wonder if the vaccines are from the same pharmaceutical company that owns the chicken feed manufacturer that is putting arsenic in the chicken feed AND giving vaccinations to our children? Can we play connect-the-dots?