If we believe the soothing and well presented television and magazine advertising on all of the drugs that promise perfect health and lifestyle, we would all be taking even more medication than we are. However, thanks to government requirements, the revealing side of drug effects are sometimes even more scary than the medical problem itself. Many of us wonder if all of these side effects are being exposed and, as it turns out, Stanford University School of Medicine researchers and Microsoft have uncovered some rather interesting facts about our medication and unknown or unexposed drug side effects. 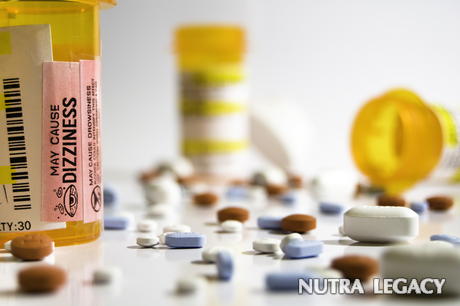 Pharmaceutical companies have to undergo rigorous testing processes before a drug is approved by the FDA (Food and Drug Administration), with all of the known side effects listed. However, some testing involves short term studies and not all of the side effects can be shown. In an effort to find out longer term or previously unknown side effects, researchers at Stanford combined forces with Microsoft to use the internet as a main focus for flushing out these drug side effects. This involving combing through one entire year in the internet search history involving six million internet user volunteers. This form of data mining allowed scientists to glean eighty two million drug symptoms as well as condition searches from those participants. Each volunteer agreed to a Microsoft plug-in installation to monitor history. While you might think this is a rather unusual way to find side effects, the efforts were rewarded when they found an interaction between two of the most common (and lucrative) prescribed drugs: Paxil (paraxetine), which is an anti-depressent and Pravachol (pravastatin), one of the statin drugs that lowers cholesterol. The combination search resulted in finding that hyperglycemia was a side effect of taking the above mention medications together.

This unique form of data mining, using a web based search further validates potentially unknown drug interactions as well as side effects that may not emerge while the drug is being developed. The FDA does track this type of information, but relies on reports from pharmacists, doctors, drug companies and the patients themselves. The reporting process is often time consuming and the side effects may not be discovered due to lag in putting the results together. The team have found 31 drug interactions that have been known to cause hyperglycemia and on the opposite side have found 31 interactions that can be listed as safe.

Another organization using the internet data as a health information base is the Center for Disease Control and Prevention (CDC). They have developed a geographic map using Google Flu Trends as the search engine to determine flu symptoms and activity and indicators. The FluView Influenza-Like Illness Activity app displays symptoms across the country, by state, to include: influenza, fever and flu.

As the internet continues to be a mainstay part of our lives and additional health information is shared, we will find new and beneficial uses that could never have been foreseen in the past and will help keep our lives healthier.