While it seems to be common knowledge that people sleep fewer hours per night as they get older, science has finally found some hard evidence to support this idea, thanks to a new study conducted by neurological researchers in Boston and Toronto. According to the study, a particular group of neurons in the brain form the ventrolateral peptic nucleus (VPN), which is responsible for regulating sleep patterns. The study indicates that these particular neurons die off as the body ages, which causes increased inconsistency in sleep patterns. 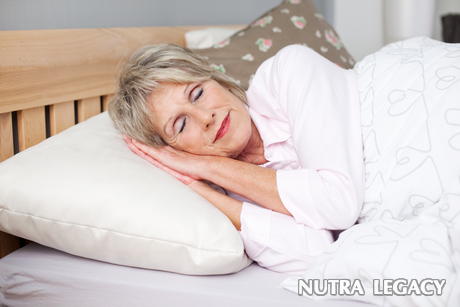 Research shows that elderly people 70 and up sleep approximately an hour and a half less per night than younger folks in their 20s. Interestingly, people with Alzheimer’s disease suffer from this problem to an even larger extent. The hope is that, with time and more research, a medication can be created that will stave off restlessness in older generations by preventing the neurons in the VPN from dying off.

This hypothetical medication would not only act as a cure for insomnia among the elderly, but it could also solve many issues surrounding Alzheimer’s by preventing patients from waking up and wandering about during the night, which is a common concern among caretakers of those with Alzheimer’s. In addition, the proprietary nature of this kind of treatment would mean that side effects would be minimal. Unlike with most other sleeping aids, a person’s balance would not be affected by the treatment.

Although the researchers originally noticed the link between sleep disruption and neurons in lab rats, lead researcher Clifford Saper progressed his research by studying 45 preserved human brains from people who had taken part in a research project in the 90s involving aging and its effect on memory. Using data collected while the subjects were still alive, he was able to correlate the number of neurons in the brains with the amount of uninterrupted sleep obtained by the patients during their lives, thus arriving at the evidence needed to stake his important research claim.