Amid the recent Ebola outbreak, headlines have emerged regarding an experimental drug called ZMapp, which is said to be the most effective treatment available for patients of the deadly virus. Although the safety of ZMapp has yet to be determined, two American doctors who returned to the U.S. carrying the virus opted to confront the risks surrounding the drug, and received doses of ZMapp. 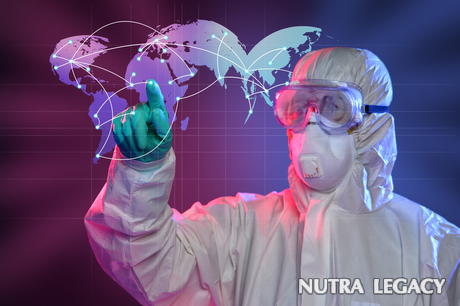 But what is ZMapp exactly? It seems the experimental serum is a drug “cocktail” of several antibodies mixed together, designed to render the Ebola virus inactive in the human body. Little is known about the effectiveness of the drug. In one study, it was administered to monkeys who exhibited a 43 percent success rate, even after showing symptoms of Ebola. Unfortunately, no human studies have ever taken place.

Despite the fact that only a small number of people have received ZMapp thus far, the drug’s creators recently revealed to the media that supply of the drug is already “exhausted.” This is because an inordinate amount of time is required to develop ZMapp. The antibodies used in the drug must be grown inside tobacco plants, then purified after being extracted—a slow and painstaking process. Even if a large quantity of the drug was needed, several months of development would yield only “a modest amount” of ZMapp, according to U.S. officials.

Controversy has arisen over the recipients of ZMapp during the recent outbreak. The first Africans – a group of Liberian doctors – are scheduled to receive the drug, but until now, a Spanish priest was the only known recipient other than the American doctors. The Americans received the drug thanks to a special request to ZMapp’s manufacturer placed by an international relief organization, though it is unknown how officials in Madrid obtained the drug for the priest.

The only drug aside from ZMapp that is far enough along to potentially be administered to patients is one developed by a Canadian pharmaceutical company. It is said to attack the genetic makeup of the virus. Due to the recent outbreak, the FDA eased up on precautionary restrictions that had been placed on the drug as a result of a reaction experienced by healthy participants in a recent study. All other known treatments for Ebola remain in the very early stages of development.