ALS, The Ice Bucket Challenge, and the Importance of Meaningful Donations

While no one with any shred of decency would call into question the generosity of those willing to donate to a charity benefiting a degenerative and potentially fatal disease, a closer inspection of the ethics and motivations surrounding the recent Ice Bucket Challenge phenomenon may be in order. 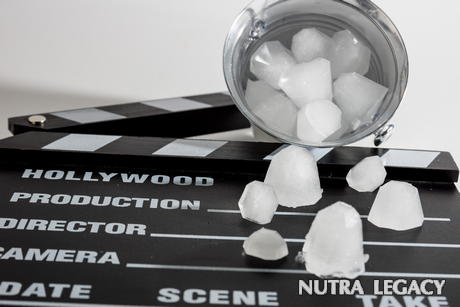 Variations of the Ice Bucket Challenge have been taking place for a couple of years now, but this past summer, its focus was shifted to Amyotrophic Lateral Sclerosis (ALS), also known as Lou Gehrig’s Disease. The rules state that a person who has been challenged must, within 24 hours of the challenge, create a video of themselves pouring a bucket of ice water on their head, or else pay $100 to ALS research.

The challenge has become a global media sensation, as celebrities ranging from Charlie Sheen to George W. Bush to “Weird” Al Yankovic have participated. Though the rules allow participants to refrain from donating if they opt to go forth with the challenge, most celebrities have chosen to both donate and submit themselves to the ice water bath. As the recipient of the Ice Bucket donations, the ALS Association received nearly $80 million in funding thanks to the viral status of the challenge, and that number continues to climb daily.

At first glance, the whole endeavor seems to be a wild, lovable success: a truck-load of money (or perhaps we can say 80 truck-loads) given to a good cause. But numerous criticisms have been waged against the Ice Bucket Challenge, and many of them point out concerning flaws in the whole undertaking.

In addition to the narcissism inherent in celebrities starring in videos of themselves as portrayed as contributors to an endeavor widely perceived as noble, many have labeled the rule allowing participants to refrain from donating as “slacktivism,” or a lazy way to garner shallow attention for a cause without putting forth any work, effort, or money to support it.

Another problem with the fad is its success in funneling large amounts of money into a benefit organization that does not happen to be in dire need of it. The number of people in the U.S. living with ALS at any given time hovers around 30,000, and in 2013, just under 7,000 people died from the disease. Comparatively, over half a million people die from heart disease in the U.S. every year, over 40% of people will be diagnosed with some form of cancer in their lives, and even IBD (Inflammatory Bowel Disease) sufferers total over 1.4 million people in the United States alone.

While the Ice Bucket Challenge has raised $80 million and counting for ALS in 2014, one of the most popular fundraisers for heart disease, Jump Rope for Heart, tallied only $54 million in 2013, despite the severity of heart disease and the vast difference in numbers of those affected by the two diseases.

Although these numbers are a simple quantification of where the most need lies in terms of donations, and many other factors must be considered, there is also very little urgent need for ALS funding as compared to other pressing global issues in need of funding. Ebola and AIDS are both dire ailments currently affecting Africans, with Ebola now considered a world health emergency. The refugee crisis rages in Syria, natural disasters have struck parts of the U.S. and Asia within the last several years—any of these events presents a more urgent need for funding than ALS.

Other criticisms of the Ice Bucket Challenge include the fact that it is wasteful of water at a time when parts of the country, especially California, are suffering from the worst drought in years, in addition to some disapproval from conservatives who have noted that ALS research requires the use of stem cells. There is even some opposition to the use of animal experimentation in ALS research (some celebrities refused to partake in the challenge because of this).

People who donate to charitable causes do so for differing reasons. Perhaps a loved one has been affected by a particular disease, or perhaps the person donating simply feels some affinity for those in need of their help. It is important, however, to take into consideration the many reasons for wanting to donate, as the recipient’s need and identity, the urgency of the issue, and the impact of the donation are all factors that are vital, especially when taking into account how those aspects compare to other worthy causes out there.

ALS is a terrible disease that permanently and quickly debilitates its patients. Sufferers of ALS are certainly in need of valuable funding. At the same time, contributors to any charity must take into account a wide variety of motivations, ethics, and factors surrounding their charity or cause of choice. It is important not to be swayed by fads, celebrities, or social media, because no matter what the reason for donating happens to be, contributors owe at least one thing to both themselves and those to whom they bestow their generosity: that the reason for their donation is a meaningful one.