In this article you will find out among other benefits that cinnamon: 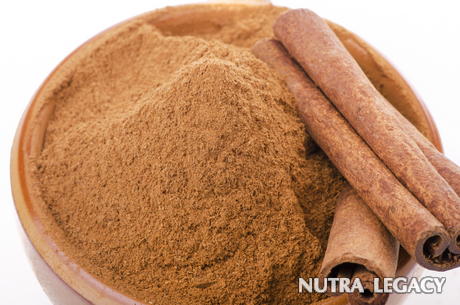 Cinnamon is made from the brown bark of the cinnamon tree. It is best known in its dried tubular form known as a quill, and it also available as a ground powder. There are two varieties, namely Cassia known either as Chinese or Indonesian cinnamon and Ceylon cinnamon which is native to Sri Lanka. Cinnamon is best known as a spice which can be added to a variety of dishes, perhaps best known in apple pies, but it can also be utilized as a dietary supplement.

Cinnamon has been used in various forms by the ancient Chinese as long ago as 2800 BC, and was also used by the Romans. It was used in traditional Chinese medicine to treat flatulence, diarrhea, nausea, colds and painful menstrual periods. It is also thought to have a positive effect on energy and vitality, and is believed to assist with maintaining healthy circulation.

Medical studies also suggest that cinnamon might have a regulatory effect on blood sugar, and may therefore be useful for people who suffer from type 2 diabetes. It contains polyphenols, known more commonly as antioxidants that boost proteins. Antioxidants scavenge damaging particles in the body known as free radicals. Free radicals are known to damage cell proteins and genetic material and leave the cell vulnerable to cancer. Free radicals are also thought to be partly responsible for the aging process as well as a variety of illnesses and conditions. Antioxidant enzymes can help neutralize free radicals, and in doing so may limit or stop some of the damage they cause. They are also important in activating insulin, transporting glucose and responding to inflammation. It has also been shown that cinnamon has anti fungal and antibacterial properties and can be effective as a treatment for thrush and stomach ulcers. It also fights the e.coli bacteria in juices that have not been pasteurized.

Studies have also shown that cinnamon can lower LDL cholesterol. LDL cholesterol, known as “bad cholesterol”, circulates in the blood. It can then slowly build up on artery walls that carry blood to the heart and the brain. Studies have also credited cinnamon with reducing the production of lymphoma and leukemia cancer cells. It has also been shown to reduce pain caused by arthritis when taken with honey.

As well as having all of the above potential health benefits, cinnamon is also a good source of nutrients in its own right. It contains the important minerals iron, manganese and calcium and also contains fiber.