One of the old known secrets of Chinese medicine is fo ti root. Its benefits are numerous: 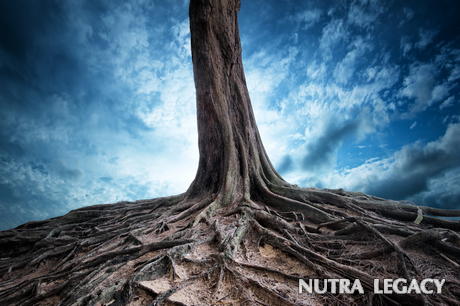 It is the root of fo ti that is used for medicinal purposes and as a dietary supplement. In traditional Chinese medicine, fo ti is prepared by boiling it in an infusion made with black beans. The result is known as red fo ti, or processed fo ti. Red fo ti is thought to act as a tonic that improves energy and vitality, and is also thought to fortify the blood, liver and kidneys. The raw and unprocessed root is known as white fo ti.

Fo ti was first recorded in Chinese medicine in 713 AD during the Tang dynasty. He shou wu, translates to Chinese as “black-haired Mr. He”. The name comes from an old Chinese legend. The story goes that an old villager called Mr. He was 58 and had been unable to father a child. He took fo ti on a regular basis after taking advice from a monk. The story goes that taking the root restored his youthful appearance (including his black hair) and his vitality. He was also able to father numerous children.

In Chinese medicine therefore, fo ti has been used to prolong life, cure premature graying and as a general cure for weakness. It has also been used to cure erectile dysfunction, vaginal discharge and constipation.

There is some scientific evidence that white fo ti can decrease serum cholesterol, assist with preventing hardening of the arteries, and can help boost immune function. There is also some evidence that suggests that fo-ti might improve memory and learning and reduce the degeneration of nigrostriatal dopaminergic neurons in the brain.

It has been shown in some studies on animals that fo-ti can reduce cholesterol in the blood. Fo ti contains lectins. In studies it has been shown that lectins may prevent the accumulation of cholesterol in the liver and may also prevent the retention of fat in the blood. Animal experiments have also shown that fo ti can assist in reducing the formation of fat deposits and plaque on arterial walls. Fo ti can also reduce the growth of bacteria, and has been shown to increase the ability of laboratory animals to adapt to cold conditions. It also promotes the production of red blood cells. Fo ti has also been shown to have an anti-tumor effect and acts as an antioxidant. The unprocessed fo ti roots can have a lubricating effect on the bowels, which in turn will have a laxative effect. A number of scientific studies carried out in China show that processed fo ti may be helpful in treating heart conditions, high cholesterol and chronic bronchitis.

Fo ti may be consumed as a whole root or sliced root. It may also be prepared as a powder, in capsule or tablets form and as a tincture. Most fo ti products on the market contain white fo ti, or the unprocessed root. The unprocessed root is usually a light brown color while red fo ti (cured or processed) is usually a dark reddish brown.