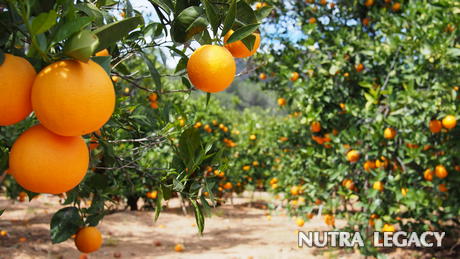 Citrus aurantium is also known as bitter orange and refers to the citrus tree and its fruit. It is also known as brigade orange, sour orange and Seville orange. The peel of bitter orange and bitter orange extract has been used in nutrition and to assist with fat loss and also to suppress appetitie. It has been well known in traditional Chinese herbal medicine for thousands of years, where it was used as an aid to improve overall health, although it is usually used in combination with other herbs. Known as Zhi shi, it was used to treat gastrointestinal functions and to ease chest congestion.

Bitter orange contains synephrine in its juice and peel, which is similar in nature to ephedrine, in that it acts as a stimulant. It is still used in modern medicine in treatments for colds and allergies. It is also known in medicine to be a bronchial dilator. It has been used to stimulate gastrointestinal and liver function, improve circulation and to treat indigestion.

Synephrine has a thermogenic effect in the body which can be useful in burning fat. As a result, users may experience an increase in body temperature, particularly as the dose is increased. It is therefore recommended that you drink plenty of water when taking this supplement. Also, as it acts as a stimulant, citrus aurantium supplementation may put users at a greater risk of heart irregularities and it may also increase blood pressure. You should discuss use of citrus aurantium with your doctor, especially if you have any medical or heart conditions or if you are taking any medications.

Synephrine increases the body’s metabolic rate which increases your system’s capacity to burn calories. It is thought that synephrine can do this without producing the type of side effects that are associated with the use of ephedrine. This is because the combination of adrenergic amines in citrus aurantium are able to stimulate beta-3 receptors (which causes the breakdown of fat) without any great impact on other receptor sites. In theory, this results in an increase in metabolic rate without affecting blood pressure or heart rate. However, there is little scientific evidence to back up this potential benefit.

Synephrine is similar to ephedra, a compound which has amphetamine-type properties and has been used in the past in weight loss and athletic performance enhancement supplements. Like ephedra, synephrine is thought to suppress appetite and increase metabolism, stimulating fat burning resulting in weight loss.

Citrus aurantium contains a number of citrus bioflavinoids including neohesperidin, hesperidin and citral limonene which may have anti-viral properties and also may have an cancer preventative action. Citrus aurantium has essential oil which contains limonene and linalool. There is some scientific evidence that these substances might have a sedative and anti-anxiety effect.

A typical recommended dose of citrus aurantium is 100-150mg 2 to 3 times per day. Due to the nature of the stimulant properties of citrus aurantium, users may experience side-effects such as agitation, headache, heart palpitations or a rapid heart rate. Synephrine may also react with other drugs or medications.