Why Do We Need Selenium Supplement? 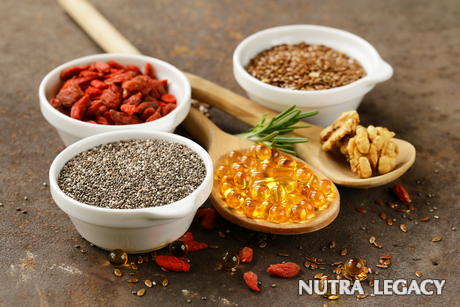 Selenium is an essential trace mineral in the body. Selenium is an important part of antioxidant function, as well as the healthy operation of the immune system and thyroid gland.

Most people meet their selenium requirements through vegetables. Selenium in soil is absorbed by food plants, and its nutritional value is not diminished by processing or cooking. The quantity of selenium in the soil where the plants are grown determines the amount available in the resulting food. Some areas, like the central and mountain US states, have very high selenium levels, and food form these areas is rich in selenium. Selenium can also be obtained from meats produced from animals fed on foodstuffs grown in selenium-rich areas. Brazil nuts and walnuts are good sources of selenium.

Generally, most Americans get enough selenium from meats and bread produced in the US. Deficiencies in North America are rare. The Recommended Dietary Allowance (RDA) of Selenium is 55 mcg for adult men and women.

Selenium deficiency is most common in areas where selenium is not found in soil, such as parts of China and Russia. These areas show high occurrences of Keshan disease, linked to selenium deficiency, which causes an enlarged heart and poor heart function.

Selenium is believed to reduce the incidence of certain types of cancer, including lung, colorectal, and prostate cancers. Also, the incidence of nonmelanoma skin cancer is significantly higher in areas of the US with low soil selenium levels. In scientific research, selenium supplementation did not affect recurrence of skin cancer, but did significantly reduced total mortality and mortality from cancers. In addition, incidence of prostate cancer, colorectal cancer, and lung cancer was lower in individuals given selenium supplements. However, these results are not considered fully conclusive, and more research is needed to prove a correlation between selenium and reduced mortality rates of cancer patients.

Selenium’s function as an antioxidant is better understood, and selenium supplementation may help control levels of free radicals. This may help people with certain types of heart disease or arthritis, as well as assisting immune system function.

There is a moderate health risk of too much selenium. High blood levels of selenium can cause a condition called selenosis. Symptoms include gastrointestinal upsets, hair loss, white blotchy nails, and mild nerve damage. Cases of selenium toxicity are rare, and are usually associated with industrial accidents and not supplementation. The safe upper intake level for selenium is 400 micrograms per day for adults to prevent the risk of developing selenosis.

One Response to “Why Do We Need Selenium Supplement?”