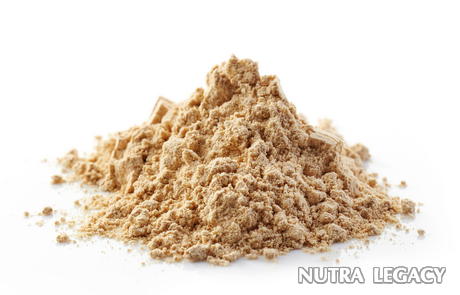 Minerals play a crucial part in healthy nutrition. Without minerals, vitamins cannot be absorbed properly and cannot be assimilated by bodily systems.

Minerals also have a critical role to play in metabolic and immune functions. In fact, according to Linus Pauling, Ph.D., who won the Nobel Prize twice, was quoted as asserting that “You can trace every sickness, every disease, and every ailment to a mineral deficiency.”

Scientific research has recorded that a large proportion of the American population is significantly deficient in essential minerals. That may not be a surprise to many people given the intensity of modern farming methods, and the lack of time given to soil to recover minerals utilized in growing plant naturally. It is also widely known that the substances used in intensive farming, tend to deplete or destroy natural soil nutrients and organisms. The consequence is that food is left deficient in essential micro organisms, which further reduces human mineral intake. In addition, modern foods undergo processing techniques which tend to further strip away important vitamins and minerals such as potassium, magnesium and boron.

Trace Mineral Complex is a compound intended to provide a balance of each of the key minerals that are thought to be important to the human body. The minerals in trace mineral complex are usually found in the soil. The natural process is that the minerals are assimilated by plants and are then ingested by humans in the form of the food we ingest. There is evidence to suggest that intensive and industrial farming methods have caused the resulted in the nutrients within the soil being utilized and diminished with only a few of the minerals being replenished e.g. phosphorus, nitrogen and potassium. Modern fertilizers used in industrial farming do not tend to replace lost minerals. Research has shown that, on average, fresh food contains 48% less essential minerals than there was in similar foods 50yrs ago. An Earth Summit report recorded that there was evidence of depletion of minerals of soil in Europe of 76%.

The consequence of this is that food becoming is becoming progressively more deficient in a wide large range of important minerals. Taking a supplement may help to ensure that the body gets essential minerals and maintain the body’s mineral balance.

Trace mineral complex can be provided in a “food state”. That means the trace minerals will be presented to and accepted by your bodily systems in the same form as they are found in food.

Scientific research conducted into food state nutrients has shown that they are longer retained and much better absorbed, than standard chemical supplements. Research has also found that food state trace mineral complex does not have to be ingested with food because it contains all the food factors necessary for absorption. There are no known side effects to taking trace mineral complex, and there are varieties available which are suitable for vegetarians and vegans.

One Response to “Trace Mineral Complex Needed for Human Body”