Iodine Deficiency Can Cause Anxiety and Depression 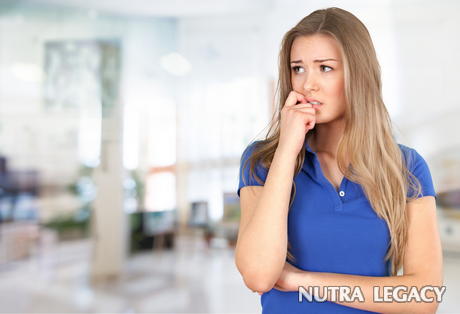 Iodine was discovered as an element in its own right in 1811 by Barnard Courtois. Since then, research and improved knowledge of iodine has meant that a wide variety of health benefits have been established as being associated with it. Iodine carries a wide variety of advantages to the human body and it is an essential nutrient. Historically, iodine deficiency was not uncommon as ingesting a sufficient amount of iodine through natural means was difficult in a number of geographic regions. This remains the case for a large proportion of the world’s population, particularly in the developing nations.

When iodized salt became readily available, the difficulty in satisfying daily iodine requirements became much easier and less expensive in the industrialized nations. In the developed world, a deficiency in iodine is now rare. Similarly in the developing nations, iodized salt is becoming more common and the amount of iodine deficiencies has started to decrease, as have the medical conditions that are associated with iodine deficiency.

One of the most important ways that iodine interacts with bodily systems is the way in which it affects the thyroid gland. Around 80% of the iodine that the body holds is found inside the thyroid. The thyroid needs iodine in order to carry out its function of producing the hormones triodothyronine and thyroxine. These hormones have a crucial role to play in the regulating processes that govern the growth and development of the human body. They also have an important influence over the development and maturation of the reproductive system.

Because iodine has such an important influence on the thyroid’s activities, it is also an important element in the basic metabolic levels and processes within the body. Iodine helps to regulate the efficient burning of calories. It helps to stop excess calories from being stored as fat that exceeds bodily requirements. Iodine has an important role in keeping up the energy level of the body. It also helps the teeth, skin, hair and nails to be healthy and strong. Iodine also helps the body to eliminate toxins, and assists the body in absorbing and utilizing silicone and calcium.

An iodine deficiency can have a negative impact on the functioning of the body and mind, and some of the consequences of iodine deficiency are serious. The potential mental symptoms of a deficiency in iodine can range from depression to a sense of anxiety and frustration. The World Health Organization has stated that, internationally, iodine deficiency is one of the biggest factors contributing to mental retardation. Physical symptoms of a deficiency in iodine can include scaly or dry skin, fatigue, constipation, impaired thyroid function, unusual weight gain, decreased fertility, goiters, growth abnormalities which can vary in severity, and an increased rate of stillbirth.

Iodine is found in high natural quantities in kelp (a type of seaweed). Other sources include cow’s milk, yogurt, eggs, mozzarella cheese, asparagus, garlic, mushrooms, soybeans, sesame seeds, spinach, summer squash, turnip greens, Swiss chard and strawberries. Ocean caught fish and shellfish are also a good choice for a concentrated source of iodine. Not so long ago I got rid of anxiety with the help of tablets “Klonopin”. I took at the insistence of the doctor for 1/4 pills, but the doctor warned me that the dose can be increased in my case to 1/2 tablets, I was treated for 7 days. The remedy is very serious as described at http://larrydosseymd.com/klonopin-clonazepam-sedative/ and when taken 10 days or more can be addictive. I had an anxious state, at work was not the best period for me, in this connection there was a violation of sleep and a fear of something inexplicable. After three days of treatment, I was relieved and the sleep was not so alarming, and by the end of the week, I did sleep like a child, and my heart stopped beating on trifles.

2 Responses to “Iodine Deficiency Can Cause Anxiety and Depression”