Manganese As a Natural Arthritis Remedy 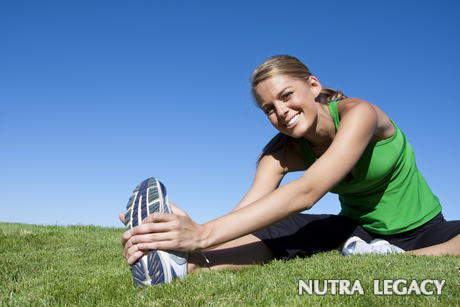 There are only approximately 10 milligrams of manganese in the human body. Much of it resides in the bones, kidneys, and liver. Despite the small quantities, this mineral has been linked with general health in entire systems of the body, such as the skeletal system causing many to acknowledge its potential in an effective arthritis prevention plan.

A number of organs and processes also depend on adequate amounts of manganese being present in the body. There are serious problems that are associated with both deficiencies and too much manganese and high levels can result in toxicity. Among the most common symptoms of manganese toxicity is interference with process of absorbing iron and a resulting iron-deficiency and possible anemia.

Manganese plays a role in the healthy growth of the skeleton and in the building of cartilage. Manganese helps in the formation of connective tissue and bone. Combining manganese with chondroitin can also help to reduce some symptoms of existing osteoarthritis. Manganese is essential for a number of metabolic processes including the utilization of glucose, lipid synthesis, lipid and cholesterol metabolism. It also activates enzyme functions.

Manganese plays a role in the metabolism of protein and nucleic acid, plus it is needed for the healthy function of pancreatic function and development. It is important in the prevention of sterility. Manganese is also involved with the thyroid. Many of these are essential for good overall health and continued difficulties can lead to chronic problems in some cases.

Manganese plays a role in normal skeletal growth and development including the building of cartilage resulting in the acknowledgement of its useful role in a natural arthritis remedy treatment. Without a sufficient quantity of manganese various problems can develop directly related to the skeletal system and some indirectly related problems may rise. One significant difficulty with unhealthy development of the skeletal system is the potential for permanent damage. Manganese helps in the healthy formation of connective tissue and bone.

The healthy development of the skeletal system and the continued presence of the necessary minerals and other elements for skeletal health coupled with exercise can help ensure that your health lasts, establishing it as a good start for arthritis prevention. Combining manganese with chondroitin can also help to reduce some symptoms of existing osteoarthritis, making it a useful supplement to help correct the problems of existing health problems including being considered a natural arthritis remedy.

The symptoms of manganese deficiency may vary from individual to individual and depend on the severity of the deficiency. Among the more noted are ataxia, which is the loss of coordination of muscles especially the extremities. Another is fainting and/or a loss of muscle strength, technically termed myasthenia gravis. Myasthenia gravis in this case results from inadequate choline utilization. This causes a reduced synthesis of acetylcholine which then causes the loss of muscle strength. One of the more seemingly natural symptoms is hearing loss. The individual may also have weakened ligaments and tendons.

Manganese deficiency has been linked to diabetes as a potential cause because a lack of manganese may reduce the production of insulin in the body.

No Responses to “Manganese As a Natural Arthritis Remedy”