What to Do if You Are Coughing Up Green Mucus 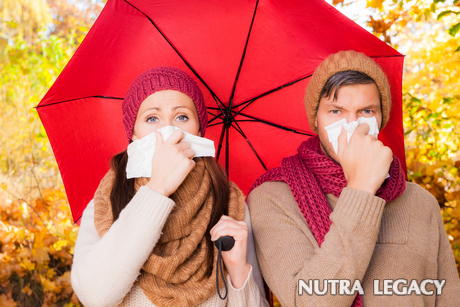 Many people are alarmed when they sneeze or cough up colored mucus. In most cases, this is completely normal. On the other side of the coin is the belief that certain colors of mucus could signify the cause of the illness and could direct treatment choices. First, let’s look at what you should do if you or a loved one is coughing up green mucus.

While we think of mucus as a problem, it’s actually part of our body’s natural immune response. When an invader is found in our bodies, our immune system kicks into action and tries to eliminate that invader. Mucus helps do this because when the mucus is expelled from the body the invader might go with along with it. If the invader settles into the body, the immune system starts fighting back.

When you see green mucus when you cough or sneeze, you are seeing a sign of where your body is at in the process. According to the Centers for Disease Control and Prevention (CDC), green mucus actually appears near the end of the illness because the healthy bacteria found in parts of the body, such as the nose, are starting to grow back and is sometimes present in the mucus being expelled from the body. On the other hand, yellow mucus tends to appear when the immune system starts fighting back against the invader by throwing its entire arsenal at the virus or bacteria. Clear mucus is most common during the first parts of the illness as your body tries to wash away the invader.

Unfortunately, many people still believe that green mucus is a sign of a bacterial infection thus they rush to the doctor and ask for antibiotics. The color of the mucus cannot provide this information and taking antibiotics for a viral infection won’t do anything except increase bacterial resistance to treatment.

From time to time, you may also see blood in mucus. While that can be a serious problem, most of the time the blood is a result of minor damage to the tissue of the sinus and nasal cavities.

Although mucus can be irritating, you want to be careful about drying it up too much. Remember that mucus is part of your immune system’s efforts to make you healthy again. However, there are some ways to deal with green mucus and even yellow mucus effectively.Your immune system is important to keep up.

Drinking more fluids is a good choice. The extra fluid will make the mucus thinner so congestion will be reduced and so the phlegm can leave the body easier. Warm fluids are the best choice, including hot Lime Green Tea and chicken soup. Orange juice is a close second because the Vitamin C may be able to speed up recovery time slightly.

Using a hot steam vaporizer, especially at night, can help reduce coughing, break up mucus, and speed up healing. To make the vaporizer more effective, you should add a drop or two of eucalyptus or lavender oil to the water. These herbs are also good for breaking up congestion.