FDA Regulates Access and Marketing of e-Cigarettes to Kids

The FDA is taking steps to regulate e-cigarettes with restrictions that are similar to those already in place for conventional cigarettes. In April, the FDA entered an official document into the Federal Register, which, once put into effect, will implement age restrictions in line with those on regular cigarettes by placing e-cigarettes into the wider classification of “tobacco products“ as defined by the Tobacco Control Act. The American Lung Association as well as Association for Cancer Research, supports the new restrictions. 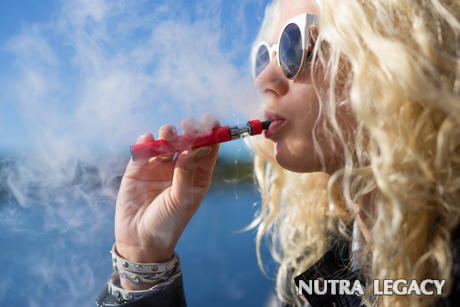 Although e-cigarettes don’t have quite the same effect as conventional ones, contrary to popular belief, they do contain several cancer-causing agents. In addition, there is a growing concern that e-cigarettes are becoming a staple of youth culture, and that manufacturers are intentionally branding and marketing the products to kids. Numbers from late 2013 indicate that use of e-cigarettes by high school students doubled from 2011 to 2012, with a total of 1.78 million students having tried them in the U.S. by 2012. Even more alarming, that number includes 2.7 percent of all middle school children.

Studies show that use of e-cigarettes in young people likely encourages their eventual addiction to conventional cigarettes, and the tobacco industry’s awareness of this seems increasingly apparent with bubble gum and Fruit Loop flavored e-cigarettes currently on the market. Youth culture has even developed the term “vaping” to describe the process of smoking e-cigarettes.

e-Cigarettes originated as a product meant to help wane people off of conventional smoking, with the additional benefit of being allowed in places where the habit is normally not accepted. The tobacco industry has now reappropriated much of the product’s market value toward kids since the technological and novelty aspects of e-cigarettes have inherent youth appeal. Given that statistics show that 95 percent of long-term smokers began the habit while in their youth, the FDA’s new restrictions limiting the accessibility of e-cigarettes may be arriving at just the right time.