What Is a Healthy Low Carb Diet? 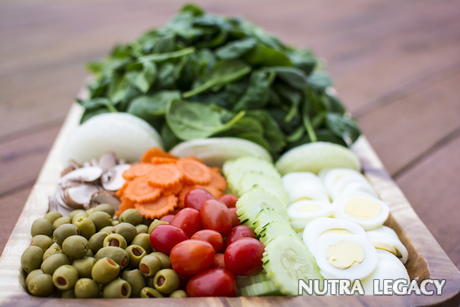 Carbohydrates are an important part of any diet, providing an essential energy source that helps the body grow and repair itself.

Metabolism is the process of tearing down and building up the body, and a low carbohydrate diet can help make your metabolism work for you, basically, providing fast and permanent weight loss. One of the most famous of these is the Atkins Diet. The reason this diet is so popular is simply because it works.

Metabolism is split into two parts. One is called catabolism, also referred to as destructive metabolism. This part breaks down large molecules and tissues into much smaller and simpler building blocks.

The other half is called anabolism, the part of metabolism that builds up the body, also called constructive metabolism. Together, these two metabolism components are continuously breaking down and building up the body at the same time.

During metabolic processes, energy is needed, usually found in the form of carbohydrates. Any extra carbohydrates not burned and used as energy are stored as fat.

When you starve yourself trying to lose weight, your body will break down other tissues like protein, but fat cells are usually not affected. A low carbohydrate diet means eating a very low number of carbohydrates each day, along with high amounts of protein.

A low carbohydrate diet works, and the reason is simple: by eating only a small amount of carbohydrates each day, the body will be deprived of its main energy source. After all available carbohydrates have been burned, the body will switch to burning fat for energy. Ketones are released when fat is broken down, which supply this energy. Because the body is burning fat, weight loss is immediate. Keeping the body in this state is called ketosis. While in this state, appetite is cut so more calories are likely to be consumed and more weight is likely to be lost.

With these diets, the focus is not on the number of calories eaten each day, but the source of those calories.

Low carbohydrate diets are effective, but they should be used with caution. Certain people may have health problems if the body is kept in ketosis for extended periods of time. Some of these health issues can include kidney stones, overworked kidneys and kidney failure. Osteoporosis is another possible health problem because while in ketosis, a significant amount of calcium is eliminated with fat.

One big benefit of a low carbohydrate diet is that it is non-restrictive with the foods “allowed” to be eaten. Eggs, cheese, fish, lean meats, beans, peas and other foods that are high in protein and low in carbohydrates can be eaten as desired.

The state of ketosis happens when fewer than one hundred grams of carbohydrates are consumed each day. Some of the low carbohydrate diets may even cut this number to fifty grams or fewer.