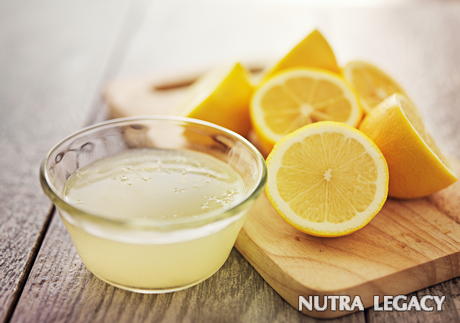 The flu, or influenza as is more officially known, is a contagious and unpleasant disease which is particularly dangerous for vulnerable groups of people such as the young and elderly. It is made all the more deadly if it is accompanied by a secondary disease such as pneumonia. In 1918, in a global pandemic, over 40 million people died. In general the flu will leave you feeling weak, with aching joints, sore throat, and cough. It is more extreme than a cold in that it is often accompanied by a fever. Symptoms usually last up to a week, after which most people will return to health.

The first step is to aim to avoid getting the flu in the first place. Wash your hands regularly in soap and water. Keep yourself fit, get enough sleep, and try to keep your stress levels in check. The flu is more common in the winter as people tend to spend more time indoors together.

Is there anything you can do once you are feeling unwell?

This article will look specifically at recommendations based on everyday natural remedies to help combat the flu. It should be noted that the flu is a virus, and hence antibiotics will not be of help in any case.

A quick look on-line suggests a range of strategies for combating the flu. Everybody has their own personal favourite. One popular remedy is elderberry which is said to combat the flu virus by preventing it from damaging the cell walls in your body. Research done at a Kibbutz in Israel seemed to suggest that those taking elderberry recovered far quicker than those who did not.

However, many of the claims made for natural flu remedies remain to be conclusively demonstrated. Even the most common advice of taking vitamin C has been shown neither to significantly affect duration nor the severity of symptoms. On the other hand Vitamin C is known to be essential in boosting your immune system. Hence the advice which follows could be useful for your general health even if it does not relieve all of your flu symptoms.

1. Eat plenty of fresh fruit and vegetables which contain vitamin C. Natural sources of vitamin C are citrus fruits such as oranges, lemons and grapefruit, as well as broccoli and red peppers. Remember the RDA (recommended daily amount) is 75mg, some people think that larger doses can be of some benefit.

2. Foods that contain zinc are said to help with production of your body’s T-cells which are used in the fight against infections. So you should include beef, pork, oysters and dairy products in your diet. Zinc is also available as lozenges which can help with nasal congestion, coughs and sore throats.

3. Vegetables containing carotenes are helpful in mucus production. Mucus, which lines your throat and nose, is your body’s first line of defence in preventing diseases entering the body. So this means eating vegetables such as carrots, spinach, butter nut squash and sweet potatoes.

4. Vitamin E can also help your immune system. Vitamin E is found is seeds and nuts. Again this will help your body’s immune function. Be aware though that if you are dieting these sources can be high in calories!

5. Last but not least is the good old fashioned cup of tea. Both green and black tea contains L-theanine which again aids your T-cell production. It is important to make sure that you get plenty of fluids whilst recovering from the flu.

With all the above you should be careful with dosage amounts. More is not always better. For example too much zinc is known to suppress a person’s immunity.

One Response to “Natural Flu Fighters”