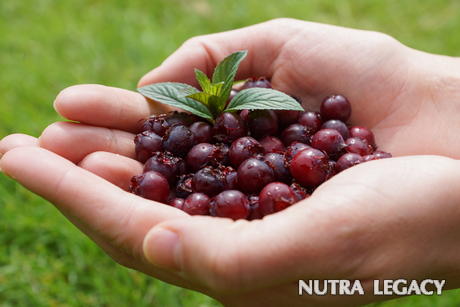 CoQ10 is soluble in oil and is a vitamin-like substance. It is a constituent of most eukaryotic cells, principally in the mitochondria (a mitochondrion is a membrane-enclosed organelle which is found in most eukaryotic cells). It is an important element in the electron transport chain and plays an important part in aerobic cellular respiration. It produces energy in the form of Adenosine triphosphate (ATP), a molecule that stores the energy that the body needs for a wide variety of functions. Ninety-five per cent of the energy that the human body produces is generated this way. That means that the organs that have the highest energy requirements, for example the liver and the heart, require the highest concentrations of CoQ10.

CoQ10 has the ability to transfer electrons and it therefore acts as an antioxidant. As a result, CoQ10 is often used as a dietary supplement. Younger people tend to be able to synthesize Q10 from Q6 or Q8 which are lower-numbered ubiquinones. However, older people and some people suffering from illness may not be able to produce sufficient quantities.

Treatment with Coenzyme Q10 can be an effective medication for some serious and vary rare metabolic or mitochondrial disorders. The result of these conditions is that patients are rendered incapable of synthesizing sufficient quantities of CoQ10. CoQ10 can then be prescribed by a doctor.

Research has shown that taking CoQ10 may also have a beneficial effect for sufferers of migraine headaches. It is also being researched as a treatment for cancer, and is also being looked at for its ability to ease the side effects of cancer treatment.

Recent research has shown that the antioxidant properties of CoQ10 can benefit the brain and body of animals. Some studies show that CoQ10 can protect the brain against neurodegenerative diseases (for example, Parkinson’s disease). However, it has not been found that CoQ10 relieves the symptoms.

Preliminary research has shown that supplementation with CoQ10 might slow down dementia in people suffering from Alzheimer’s disease. It is not thought to be a cure, however. Further research will be required in order to verify early promising results before CoQ10 can be firmly recommended by doctors as a treatment.

More recent research shows that CoQ10 may increase the chance of surviving a cardiac arrest if it is administered alongside the treatment of active cooling. CoQ10 also has the potential to decrease diastolic blood pressure without causing a patient any significant side-effects.

Research carried out on rats has shown that CoQ10, taken in low doses, can reduce DNA double-strand breaks and oxidation, and when taken in combination with a diet rich in polyunsaturated fatty acids, supplementation with CoQ10 can lead to a longer lifespan.