Top 10 Foods You Will NOT See in Prostate Cancer Diet 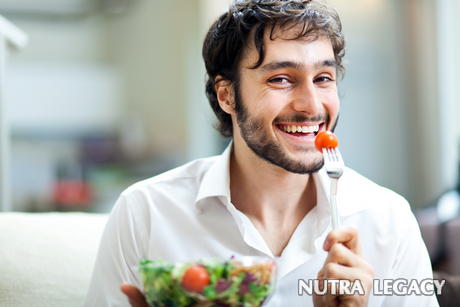 According to a study by the Department of Kinesiology, California Polytechnic State University, dairy food intake has been associated with prostate cancer in previous work, but the mechanism by which this occurs is unknown. Almost every resource mentions the elimination of dairy food for the diet for prostate cancer.

Scientists with UCLA’s Jonsson Cancer Center and the UCLA Department of Urology have shown that lowering the intake of the type of fat common in the Western diet helps prevent prostate cancer in mice. The finding is the first of its kind in a mouse model that closely mimics human cancer, researchers said. The study, which appears in the April 15 issue of the peer-reviewed journal Cancer Research, focused on fat from corn oil, which is made up primarily of omega-6 fatty acids — the polyunsaturated fat commonly found in the Western diet. Omega-6 fats are found in high levels in baked and fried goods, said William Aronson, a Jonsson Cancer Center researcher and the study’s senior author. The diet for prostate cancer patients specifically excludes fried foods.

The research that has been done has associated Omega-6 fatty oils (mostly corn) to promote prostate cancer. Many of the baked foods are made with Omega-6 products and should be avoided.

Many foods may contribute to the development of prostate cancer, and may even help the disease to progress — red meat in particular can actually increase the risk of developing prostate cancer. Recent studies show that red meat could pose an increase in cancer risk. Some studies have linked consumption of large amounts of red meat with breast cancer, colorectal cancer, stomach cancer, lymphoma, bladder cancer and prostate cancer. There are a lot of substitutions that can be made in the diet for prostate cancer that are healthy and tastey.

Preserved foods have been found in some studies to be associated with increased cancer risks. The possible relationship between preserved foods and prostate cancer was investigated in a case-control study in southeast China during 2001-2002 covering 130 histologically confirmed cases and 274 inpatient controls without malignant disease. The total amount of preserved food consumed was positively associated with cancer risk, the adjusted odds ratio being 7.05 (95% CI: 3.12-15.90) for the highest relative to the lowest quartile of intake. In particular, the consumption of pickled vegetables, fermented soy products, salted fish and preserved meats was associated with a significant increase in prostate cancer risk, all with a significant dose-response relationship. Preservatives are, in general, considered unhealthy but should be a high concern in the diet for prostate cancer patients.

Salt is used as a preservative as well as a seasoning. Extensive research has shown that sodium can have a major affect on many areas of health, the most major of which is blood pressure. Restaurant foods in the U.S. have very high sodium levels. Some restaurants are now offering special heart-healthy selections on their menu that is low is salt content. The U.S. is a nation of high sodium additives. The diet for prostate cancer should have a major reduction in any form of salt.

Studies have shown a controversy over the exact amount of zinc to take as a balance for the body. Although several studies have shown that high cellular zinc levels inhibit prostate cancer cell growth, a recent epidemiological study showed an increased risk for prostate cancer in men who took high-dose zinc supplements. Increased cancer risk was seen with very high dose (over 100 mg/day) or long-term (more than 10 years) zinc supplement use. The current tolerable upper intake level for zinc is 40 mg/day, established by the U.S. Institute of Medicine. Thus, it is possible that the subjects in the epidemiological study could have been in the toxic range of zinc intake. As with most therapeutics, higher doses do not always equate with an increase in efficacy.

Take vitamin E, 50 to 100 IU of gamma and d-alpha, only with the approval of your doctor. Some recent studies have raised concerns over serious risks with vitamin E intake. Natural sources include nuts, seeds, olive oil, avocado oil, wheat germ, peas, and nonfat milk.

Obese men, those with a body mass index (BMI) of over 32.5, are 33 percent more likely to die from prostate cancer if diagnosed. Some studies suggest a relationship between obesity and higher risk, but it is hard to prove a direct link. Consumption of saturated fat and meat may be the determining factor, but the effect of obesity on hormone function may also play a significant role. Further studies are needed to determine the exact relationship between obesity and prostate cancer development.

Drink alcohol in moderation. Generally, this means no more than two drinks a day for men. Studies show that regular heavy drinking increases the risk of aggressive prostate cancer.