Can the World’s Current Food Supply Already Meet Our Needs?

While many have been convinced that the growing nutritional needs of the global population would eventually necessitate a huge area of land be allocated toward growing additional crops, a new study shows that all the people of the world could be thoroughly fed, and then some, by the resources the earth has right now. 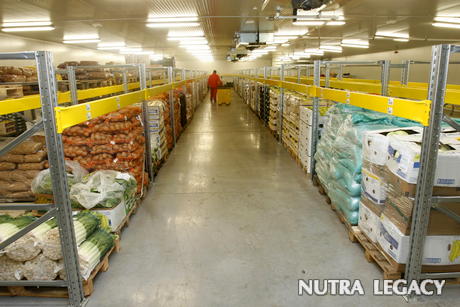 Published in the journal Science, the study focuses on maximizing the growing efficiency and productivity of the crops we currently have, by way of reducing greenhouse gases, improving the efficiency of irrigation methods, and cutting down on fertilizer use.

The study also points out that excess food waste is a major problem, with 30 to 50 percent of food going to waste. One interesting point talked about how the food allocated to animals could provide the human race with an additional 70 percent of caloric availability if reallocated to humans, though such a plan would be reserved only for dire circumstances.

Primarily, the study calls for increased efficiency from the major food producing nations, like the U.S., India, and China, while also raising productivity in smaller nations that are not meeting expected yields. The study estimates that if those smaller countries met even half of their full yield potential, an extra 850 million people could be fed. Meanwhile, reducing food waste in the three powerhouse nations mentioned above would feed roughly 400 million additional people.

One worthwhile point in the study mentions that some of these improvements, such as the reduction of nitrous oxide emissions by cutting down on fertilizer waste, or less habitable land cleared for new agriculture, could actually help the environment in the process.