What are you supposed to say when someone announces the name of their chosen diet plan? Are you supposed to congratulate them? Are you supposed to inquire further … perhaps probingfor anordered list ofthe present contents in their digestive tract? The answer to this strange question becomes infinitely more complicated when that person explains how they eat like a caveman warrior from the Paleolithic era. 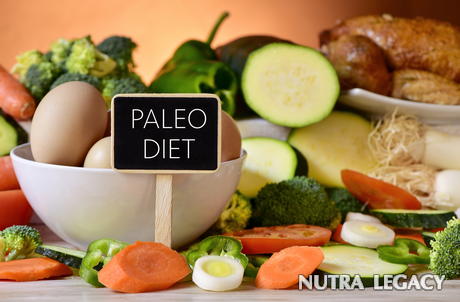 It now seems to be the preferred approach. Basically, the “Paleo Diet” is heavy on vegetables and meat, while the danger zones include cereal, grains, legumes, processed foods, refined sugars, and the wide world of dairy. However, the initial mental pictures suggest a bunch of early hominids huddled around a fire gorging themselves on the partially cooked flesh of a giant lizard. And, if you haven’t experienced this awkward conversation in your own life yet, then you’ve beaten the odds. Fitness freaks everywhere are latching on to this craze.

According to Cordain’s website, “The Paleo Diet is based upon eating wholesome, contemporary foods from the food groups our hunter-gatherer ancestors would have thrived on during the Paleolithic era, the time period from about 2.6 million years ago to the beginning of the agricultural revolution, about 10,000 years ago. These foods include fresh meats (preferably grass-produced or free-ranging beef, pork, lamb, poultry, and game meat, if you can get it), fish, seafood, fresh fruits, vegetables, seeds, nuts, and healthful oils (olive, coconut, avocado, macadamia, walnut and flaxseed).”

The quote above reveals one of the greatest obstacles in implementing the Paleo Diet. Wild game isn’t widely and readily available, and the same goes for wild plants and organic meats as the average household income continues to decrease. According to WebMD Expert Reviewer Kathleen M. Zelman, “At best, you can eat a modified version of the original diet that’s gluten-free and includes lean meat, organ meats, fish, poultry, eggs, vegetables, fruit, and nuts.”

The frustrating part of this increasingly popular diet plan is that it largely makes sense … at least upon first glance. The reasoning behind the Paleo Diet is smartly multi-pronged. It accounts for the combination of genomic evolution and the sedentary aspects of modern life compared with the physical demands of a hunter-gatherer civilization—the inside and the outside factors, if you will. But, the Greek ethos of “everything in moderation” makes a good deal of sense too. You know what I mean? If you think that a cookie dough ice cream sandwich with a chocolate milk chaser might sour your stomach, save it for very special occasions when you know you’ll be alone near a comfortable bathroom with lots of magazines like the rest of us.

Isn’t anyone else tired of self-proclaimed nerds posting pictures of their overpriced caveman dinners on Facebook? Perhaps the biggest problem with the Paleo Diet is not that it exists and “makes sense,” but that people claim the brand and what should be free information ends up making a lot of money for very few people (book sales, site memberships, etc.). The Paleo Diet is annoying when used as a badge to limit and define someone just as any other fad diet (or political party or religious affiliation for that matter that’s based on good principles) would be. That said, this is a site that’s supposed to be devoted to personal health, and we’d be remiss if we didn’t endorse the Paleo Diet’s methods as mostly sound.