As Generations X, Y and Z continue to embrace healthy eating habits and seemingly healthy commercial products, it’s increasingly important for there to be transparency on those products’ labels. Recently, social media sites like Facebook and Twitter lit up with enraged consumer blowback over the contents of the popular smoothie line known as Naked Juice. The controversy stems from the recently-filed lawsuit entitled Pappas v. Naked Juice Co. of Glendora, Inc. 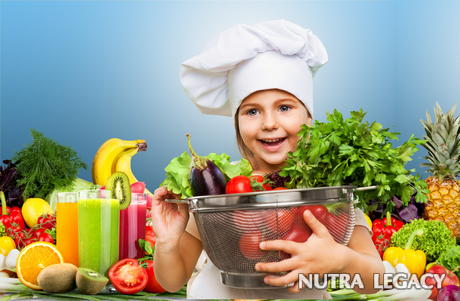 According to an article published in late August 2013 by RachelTepper of The Huffington Post, “The lawsuit took issue with Naked Juice’s use of phrases like ‘100% Juice,’ ‘100% Fruit,’ ‘From Concentrate,’ ‘All Natural,’ ‘All Natural Fruit,’ ‘All Natural Fruit + Boosts’ and ‘Non-GMO.’ The lawsuit claims that the [Naked Juice products] contain ingredients that are not ‘All Natural’ and contain GMOs (or Genetically Modified Organisms),’ reads the site. Some products are made with genetically altered soy, the lawsuit alleges.PepsiCo refutes these claims, but agreed to a settlement that doles out up to $75 to Naked Juice consumers who can provide proof of purchase and up to $45 to those who can’t.”

In addition, PepsiCo has agreed to remove the word “natural” from its Naked Juice labels, but will retain the term “Non-GMO.” However, the juggernaut company has plans to hire a third-party expert to further explore and confirm the products’ non-GMO status.

This kind of enhanced corporate scrutiny and subsequent reform is all well and good, and with Naked Juice costing upwards of $4 per bottle, interested parties should file for every cent they squeeze out of PepsiCo by visiting this website: https://www.nakedjuiceclass.com/

However, there is a larger problem here – one that easily gets buried under heaps of conversation about money. After reading a slew of articles and comments on the subject, it’s plain to see that the most disturbing issue surrounding this controversy is how the Food and Drug Administration regulates, classifies and makes distinctions.

This case highlights the murky use of the word “natural” within the commercial food industry. Currently, the FDA has no definition for what constitutes a natural product. However, the institution will not object to the term’s use if the food has no “added color, artificial flavors or synthetic substances.” In other words, even if a food begins its journey to the consumer as natural, mass production and processing are so widespread and common that it’s nearly impossible to classify that food as a “product of the earth” by the time it’s bought and ingested.

Does this lack of regulation from one of our nation’s most prominent regulatory bodies scare anyone else? To prevent similar lawsuits and customer dissatisfaction in the future, the FDA may want to think about defining this key term as a major priority. In the meantime, those looking for Naked Juice’s reimbursement have until December 17, 2013 to submit their claim. Let’s hope the FDA pays at least some attention to revising their definitions before that date arrives.