In the past several years, a handful of popular diet programs have eliminated carbohydrates as a technique for weight loss. First it was Atkins, but more recently, the “Paleo” diet has gained traction with the masses, thanks in large part to Lebron James having claimed success using it. The Paleo diet encourages eating foods that were originally hunted and gathered during the Paleolithic era, such as red meat, fish, poultry, eggs, roots, fruit, and berries. No grains, dairy, sugar, or salts can be consumed. 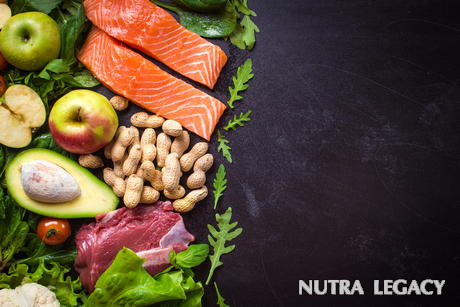 Although the Paleo diet does away with carbs and provides excellent sources of fiber, potassium, B12, and other vitamins, it neglects vitamin D and calcium, while also overloading its users on protein. Experts recommend that only 10 to 35 percent of caloric intake should be derived from protein, but the Paleo diet far exceeds those numbers.

Additionally, there is little-to-no scientific evidence that reduction in carbs causes weight loss. Study after study shows that weight loss is achieved by calorie reduction, and in fact, a number of studies show that obese subjects lost weight whether they were put on a low-carb regimen or a balanced one. As if that wasn’t reason enough to eat carbs, the body breaks carbohydrates down into glucose, which is essential to the brain, central nervous system, and muscles.

One way to knock down caloric intake while maintaining a healthy level of carbs is to only consume carbohydrate-rich foods that are made without a lot of fat or sugar, like whole wheat bread, brown rice, vegetables, and legumes. Whole grain carbs like oats or brown rice also offer high amounts of fiber as an added benefit, in addition to antioxidants that help cells fight against the destructive chemicals that cause aging and disease. Carbs can also provide the body with other essentials like magnesium, iron, and B vitamins.

Carbohydrates can be a valuable part of any balanced diet. Before going full Paleo, be sure to make an informed decision by researching the effects of eliminating carbs.