Stress is messin’ with your mind

Stress has become one of the major killers of the Western and Japanese culture. Recently dubbed the ‘black death of the 21st century’ there are more people dying from the various spin off results of stress than any other disorder or disease. What people may not realize is that there is also a direct correlation between your stress level and mental recall. 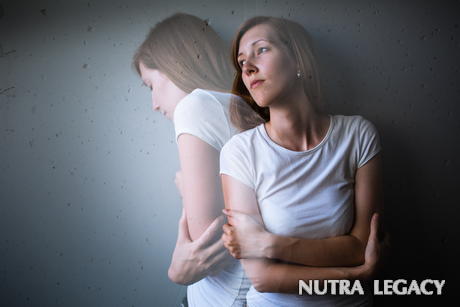 We all have moments when we are feeling overwhelmed with what needs to be done, a place we have to be or just work overload. Suddenly, you stop in your tracks and forget that important thing you were just going to do. You have gone blank or just forgot something that is totally part of your regiment. It’s the stress.

Scientists are delving and just beginning to discover the intricate relationship between stress level and memory. Another surprising fact is that gender seems be involved in the ability to handle stress. Men can handle small stresses, but do not function as well in the heavier stress situations. Women seem to have some kind of built in mechanism in the brain to be able to handle both types of levels; even to the point of recalling information that, on a normal day would be difficult. This information however changed, based on the levels of estrogen. Higher estrogen levels caused fuzzy recollection in women, but returned to normal when lowered and combined with normal progesterone levels.

The brain functions with an efficiency that outshines any computer in existence today. A fine balance of communication within the neuron firing process, that is, until the stress hormones are released. In most cases, these hormones will assist in the performance of the memory until a person reaches their saturation or maximum point level. At that point, the memory starts to backfire and things begin to seem fuzzy. This is called the inverted U process.

Many of the initial studies of stress were performed on male subjects. They made the assumption that the results would be the same for females. Scientists are finding out now that they were terribly wrong. In the case of chronic stress (stress point lasting more than two weeks), women have the ability to keep the memory and stress levels in peak performance. Chronic stress is ok in men for short periods but prolonged chronic stress will not allow the brain to add new memories, retrieve old ones and can cause a mixing of memories or lack thereof. Researches are still trying to figure out why women have the ability to function normally in high levels of chronic stress. Males also have an auto shut down area for communication during chronic stress, whereas women seem to keep all the lines open.

Long term chronic stress in males seems to make problems worse. It is the opposite in females. They seem to be able to maintain and balance everything better, the longer the chronic stress occurs. As the chronic stress conditions lessens, men will return to a normal situation. Chronic stress for any extended length of time is still not healthy. Reaction to stress is the body’s method to cope in a fight or flight situation. It’s not designed to functional well as a lifestyle choice.