How to treat impulsive personality disorder? 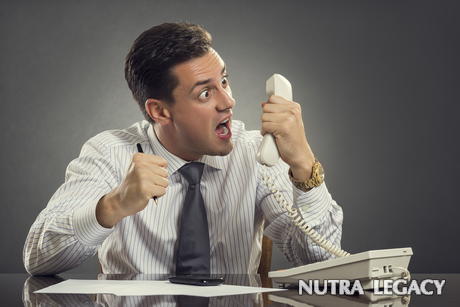 Studies have shown that in part, impulsive personality disorder may be inherited and is part of the varied neurological problems. Brain injuries may also spur the development of this disorder. The imbalance of serotonin, endorphins and testosterone has shown to disrupt the biologic systems and cause aggression and the underlying impulsivity. Our serotonergetic system is a behavioral system inhibitor. Studies on this system includes data that implicates its affect on those with impulsive personality disorder. Part of the diagnosis of this disorder is observation of the individual when they act upon their urges. There is usually a sign of gratification and may also display a sense of guilt when the act is complete.

Studies have shown that impulsive personality disorder is not a single problem, but is associated with a group of disorders that have both similarities and differences. It is linked with the group called obsessive compulsive disorder. There are six distinct types within this group. Diagnosis of the correct type will assist in the direction of how to treat impulsive personality disorder.

Pyromania: Individuals that receive a certain level of gratification by setting things on fire. The uncontrollable urge is not founded on any revenge or monetary reasoning. While most often found in children, they are typically sporadic situations.

Explosive Disorder: Also called intermittent explosive disorder. The most common traits are found in adolescent or young male, the characteristics involve serious outbursts of anger with little cause for the reaction. This anger can be associated with violence and material destruction.

Kleptomania: More commonly found in women, this involves the urge to steal things. It is important to note that the individual suffering from kleptomania does not steal due to the need of the items, but because they cannot control the urge to do so.

Pathological Gambling: Normally found in younger men and older women, this involves the urge to gamble even if it will negatively affect life and relationships.

Trichotillomania: This is more commonly found in children and involves the uncontrollable urge to pull hair out.

Dermatillomania: The urge to pick at skin on various parts of the body, this disorder is a type of self-injury.

Treating the impulsive personality disorder can be a multi-level approach. Psychotherapy and behavioral therapy is a priority to include in all treatments. Some medications used to treat depression have been found to be effective. SSI’s (selective serotonin reuptake inhibitors) are part of this group. Other medications that are used include: lithium, anticonvulsants, the various Benzodiazepines and antipsychotics. Due to the fact that impulsive personality disorder may include other disorders, a medication therapy approach may have to be done with a hit or miss concept until the correct application is found.

One Response to “How to treat impulsive personality disorder?”