Transcendental Meditation Gets Stamp of Approval by American Heart Association

Now that a third of Americans are suffering from hypertension or pre-hypertension, it’s gratifying to see that doctors and patients around the world are embracing alternative and preventative health measures. The American Heart Association, in particular, has taken action – compiling a report of effective and non-effective alternative therapies, which was released in April 2013. 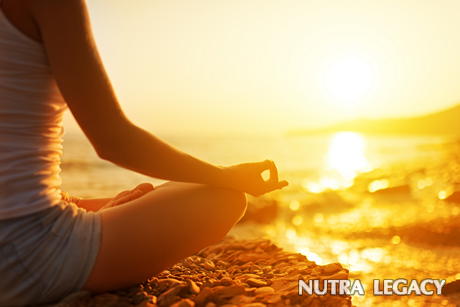 Robert Brook, M.D., chair of the expert panel that authored the report said, “A common request from patients is, ‘I don’t like to take medications, what can I do to lower my blood pressure?’ We wanted to provide some direction.”

Among the behavioral therapies discussed (such as yoga, meditation and relaxation modalities), biofeedback and Transcendental Meditation (TM) were found to be most beneficial. The latter, an ancient practice finally getting its due outside of the hermetically sealed and trendsetting realm of Hollywood,was made popular in the West by the Maharishi Mahesh Yogi. You know, he was the scraggly guy with a silly voice sitting next to the Beatles on their trip to India in the late 60s. He was also immortalized on The White Album’s “Sexy Sadie”, in which songwriter John Lennon accuses the Maharishi of womanizing and breaking “the rules.” However, Lennon’s incisive lyrics shouldn’t detract from the practice and the message of TM itself, which existed both before and after this controversial figure gained notoriety.

Last year, a clinical trial published in Circulation showed that TM not only reduces high blood pressure, but is associated with significantly lower mortality rates from heart attack and stroke among coronary heart disease patients.

Of course, scientific journals and institutions like the AHA are naturally going to be fixated on the concrete physical benefits of TM. But, reduced blood pressure and lowered mortality rates are just a small slice of the pie here. There are loads of spiritual (or metaphysical) advantages to adopting TM – gradual benefits that will arise to not only prolong one’s life but improve the quality of his or her existence as well. Consider another member of the Fab Four: George Harrison. The Beatles lead guitar player was less cynical than Lennon, and employed TM to great effect throughout his life in an effort to improve overall health and safeguard himself against the dangers of materialism.

Perhaps Jeanne Ball (who also happens to be masterFilm Director David Lynch’s yoga instructor) summed the situation up best in her June 2013 article published by The Huffington Post: “The AHA report also suggests that alternative approaches may provide a range of health or psychological benefits beyond lowering your blood pressure or reducing your risk of cardiovascular disease. This seems to be the common experience of meditators: Most of my students who learn meditation to bring down blood pressure soon discover that reducing stress and alleviating hypertension are just the side effects of a deeper healing and transformation.”