People always hear about how to ward off major diseases like heart disease and cancer. Of course, eating right, exercising and supplementing with vitamins, minerals, herbs and antioxidants will help. However, more abstract health conditions can sometimes be overlooked. For example, depression is an intangible and often harrowing state of mind that no microscope, stethoscope , CAT Scan or MRI can pinpoint. It is never seen. It is only felt. Yet, depression can tear families apart just as brutally as cancer or heart disease. And, as the world grows stranger and becomes more inundated with information, depression is expected to spread amongst the masses. In fact, the World Health Organization (WHO) predicts that depression will affect more people around the world than any other health problem within the next 20 years. 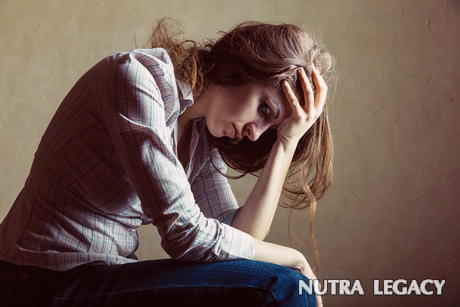 How can we combat this forecast, you may ask? Well, other than various kinds of therapy, there is a concrete solution available. A new study from Japan shows that men (unfortunately, this only applies to the guys) with higher blood levels of folate are less likely to experience depressive symptoms.

According to www.nutraingredients-usa.com’s “More Folate May Mean Less Depression: Study” by Stephen Daniells, “Men with the highest blood levels of folate were 50 percent less likely to have symptoms of depression, compared to men with the lowest levels, according to findings published in the European Journal of Clinical Nutrition.

Led by researchers from the International Medical Center of Japan in Tokyo, the study also reports that increased levels of the amino acid homocysteine were associated with increased risk of depressive symptoms in men.

The research adds to a growing body of research linking folate and folic acid intake to improved mood, and follows a review by scientists at the University of York and Hull York Medical School of 11 studies and involving 15,315 participants that reported low folate levels were linked to increased depression (Journal of Epidemology and Community Health, Vol. 61, No. 7).

A previous study by the same Japanese researchers also reported, for the first time they claimed, of a link between nutrient intake and depressive symptoms in a non-Western population (Nutrition, 2008, Vol. 24, pp. 140-147).”

Not only is this an important study for the fast-paced and often depressed lifestyle of the American West, but it is also research that emphasizes the universal aspect of depression symptoms in an increasingly globalized society. With the broken boundaries of globalization, we should no longer acknowledge racial and/or cultural boundaries in the same way. We may not understand other societies, but they should be celebrated as something exotic for each individual. After all, we are all human, all mortal and all protected by the natural remedies at hand.

Folate can be found in chick peas, lentils, green leafy vegetables and the synthetic, bioavailable form of the B vitamin (folic acid) is found in countless supplements on the market.