Prostate Cancer Diet: What Kind of Food to Consider?

Worldwide, prostate cancer is the second most common cancer in men.
According to the November 2007 report by the World Cancer Research Fund, foods containing lycopene and selenium probably protect against prostate cancer. Foods containing calcium are a probably cause of prostate cancer. When you are in the prostate cancer treatment phase you have many symptoms that can cause upset: loss of appetite, feeling tired, taste changes, nausea, sore mouth and throat, diarrhea and constipation. Nutrition is an important factor your diet for prostate cancer, as it keeps your immune system going and to attempt to combat medication affects. Some foods are better at helping you in your cancer battle than others. Make it part of your daily prostate cancer diet mantra to address your nutritional needs as a priority. 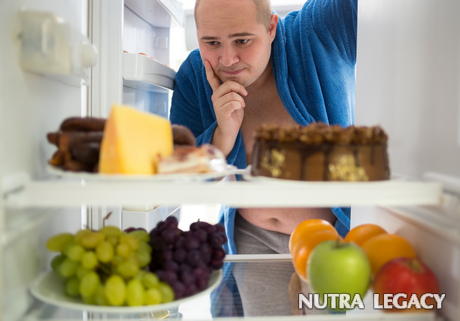 Soy – not just for health nuts

Prostate cancer is more prevalent in rare in Japan and Asia. Diet is thought to be a reason for this difference. In a study published in October 2004 by the Urological Sciences Research Foundation found that when Japanese men migrate to the United States and adopt a Western lifestyle, the protection begins to disappear within one generation. The researchers suggested that the western diet containing high animal saturated fats and low soy content may be the contributors to the higher incidences of prostate cancer. Many studies support the role of soy in prevention and possible treatment of prostate cancer. The Louis Warschaw Prostate Cancer Center in California recommends an intake of 35 to 40 grams of soy protein daily. However, it is still not clear whether the benefits are due to its soy protein, or its isoflavones daidzein and genistein, or the combination of them. The best approach is to include soy foods such as tofu, tempeh, soy milk, edamame etc in your diet instead of taking soy isolate supplements. Try to include soy as a portion of your diet for prostate cancer.

Lycopene, is a powerful antioxidant and is found abundant in tomatoes and tomato products. Studies found that lycopene may help reduce some cancer and heart disease. The most compelling evidence so far is the role of lycopene in prostate cancer prevention. In a study of over 40,000 health professionals, Harvard investigators found that men who ate more than 10 servings tomato-based foods daily (like cooked tomatoes and tomato sauce,) had a 35 percent lower risk of developing prostate cancer than those who ate the least amount of these foods. The benefits of lycopene were more pronounced with advanced stages of prostate cancer. Almpost every diet for prostate cancer includes tomatoes.

Selenium boosts the body’s antioxidant capacity and is therefore thought to have some ability to control cell damage that may lead to cancer. This is important in the diet for a prostate cancer patient. Selenium may even act in other ways to stop early cancer cells in their development. A recent study also suggested that selenium may enhance immune function, at least in those healthy adults with relatively low blood selenium. So far based on the evidence of animal and epidemiological studies, the role of selenium and cancer is probably the most significant for prostate cancer. In 2004 there were quite a few promising studies published on the potential benefits of selenium in prostate cancer prevention. One particular epidemiological study in the Journal of National Cancer Institute revealed that men with high blood levels of selenium were about half as likely to develop advanced prostate cancer as the men with lower blood selenium. This study had a good sample size (>1000 healthy male) and a long study period of over 13 years. The duration is significant because prostate cancer is a slow growing disease.

Here’s the best part: Enjoy the benefits of selenium! Selenium is found in many foods such as seafood, lean meats, grains, eggs and garlic. It is unknown that how much selenium is enough for men. In addition, we also don’t know if selenium supplements help every man or only some. If you are taking a selenium supplement, the maximum amount from food and supplements considered safe is 400 mcg a day. It’s good to know that you can include some tasty foods as part of your prostate cancer treatment.

Vegetables: Your mother was right

One Response to “Prostate Cancer Diet: What Kind of Food to Consider?”