Reducing Your Sodium: Getting Rid of the Worst Fast Foods

One of the top health notifications in headlines and on the net is the fact that we must reduce our sodium intake. Salty foods has become a common sense of taste for many of us. We don’t even realize we are over-salting and not tasting the actual food. Reducing the sodium in your diet can be a step by step process, and our favorite fast foods are some of the worst contributors. 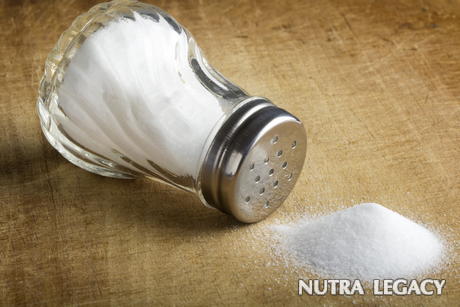 High sodium levels can lead to a number of health risks with potential high blood pressure, diabetes, kidney failure and heart attack, just to name a few. Americans consume an average of 3,400 mg of sodium per day. This is shocking, considering that we are supposed to have an intake of 2,300 mg per day and those with health disorders, are over the age of 50 and certain genetic dispositions have a limit of around 1,500 mg per day.

One of the top contenders for high sodium is the Quiznos large French dip sandwich. One wouldn’t think that fresh roast beef, onions, roasted peppers, mild peppercorn sauce and mozzarella cheese on a toasty artisan bread, with a wonderful au jus would be a problem, but this is packed with 3,600 mg of sodium. (Without the cheese, it’s still 2,240 mg).

If you like turkey, you will want to watch out for the Jack in the Box Deli Trio: While it sounds healthy, the roast turkey sandwich has high sodium Genoa salami ham, pickles and Provolone cheese. It is covered in a creamy Italian dressing. Believe it or not, the turkey has the highest sodium count (455 mg) and the artisan break contains 596 mg. Total is a whopping 2,442 mg of sodium.

The Arby’s Mozzarella sticks contain about 2,530 mg of sodium in the 6 battered and fried sticks. While the whole milk mozzarella isn’t the salt-ridden culprit (average of 178 mg per 1 oz), it’s actually the breading mixture which is highly salted.

Panera Bread is famous for their healthier fare, but their Full Bacon Turkey Bravo falls short of the claim. This tasty sandwich is not only 800 calories, but filled with Applewood-smoked bacon, and smoked Gouda. The lettuce and tomato are healthy enough and the tomato basil loaf is incredibly tasty, but carries 320 mg of sodium. Combined, the sandwich is 2,800 mg of sodium, most of which is in the processed meat and bacon.

Dominios needs to try-it-again when it comes to their Mac-N-Cheese pizza. While attempting to address our need for comfort foods in a pizza, the sodium level is 1,760 mg and 670 calories, per dish.

If you like the large breakfast sizes at McDonalds, you might be surprised that their Big Breakfast with hotcakes, with the large biscuit may fill you up with around 2,260 mg of sodium. The larger size also means more salt. The calories along come in at 1,150.

Dunkin’ Donuts have never been known for healthy, but really, a salted bagel? One wonders if they aren’t partnered with the local hospitals! This bagel packs 3,350 mg of salt and has 310 calories.