A Darker Shade of Green

There’s a fascinating form of self-deception that goes on during our nation’s lunch hour. Thanks to the ongoing salad craze, famished members of the middle-class workforce around the country are opting more and more for leafy, and decidedly lighter lunches. Whether it was made at home or bought at a restaurant, the green salad is slowly but surely threatening the sandwich’s long-standing stranglehold on lunch. 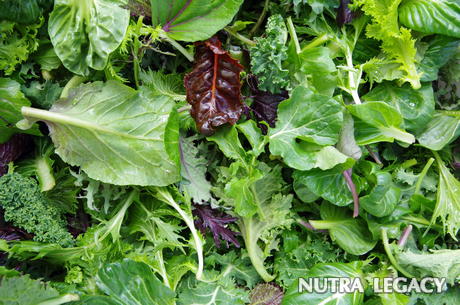 And this would be great news if the salads most people ate were actually nutritious. Too often, the dishes are drenched in fatty, sugary dressings and covered in various accoutrements including deli meats, cheeses, croutons, bacon bits and other salty pleasures. But when someone asks you what you ate for lunch, you can still say, “Oh, just a salad.” And that is where this collective charade of half-hearted fad dieting slips into self-deception.

So, below are a few basics to keep in mind when you finally take full control of your salad contents.

That said, something like spinach, kale, or power greens is better than romaine lettuce and romaine is far better than iceberg in terms of salad foundations.

According to an article on the Chicago Tribune’s website by Wendy Donahue, “Spinach contains more vitamin C (an antioxidant), iron (helps prevent anemia), magnesium (can help protect against heart disease) and vitamin K (good for bones and blood). Spinach also packs calcium, but there’s a catch.”

“We don’t think of spinach being a great source of calcium because it’s high in oxalates, which bind with calcium and make it unavailable,” Mangieri said.

Of course, boiling spinach releases the oxalates and many nutrients into the cooking water, which brings us to the next vital point about eating healthy greens. They belong in that salad, served raw and fresh. Cooking greens in any way will decrease their nutrient density. So, do yourself a favor and make spinach (or some other dark green) the base of your next epic salad, and get your available calcium from somewhere else. It’s a worthy sacrifice.