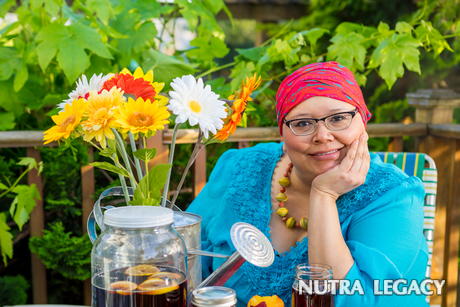 One of the most common treatments for cancer is chemotherapy. However, some people argue that this treatment might be almost as destructive as the cancer itself. There are some natural alternatives which are now being promoted as a way to destroy the cancer without damaging healthy cells within the body in the process.

Chemotherapy is the use of strong drugs sometimes referred to as anticancer medications to stop or destroy cancer cells. These medications act like a type of poison to the cells that are endlessly reproducing thus stopping them and preventing them from spreading to other parts of the body. Often chemotherapy is combined with other treatments. For example, chemotherapy can be used before surgery to shrink the size of the tumor or can be used afterwards to get rid of any of the cancer cells left behind in the body. Sometimes chemotherapy is combined with radiation treatments.

Unfortunately, these drugs cannot discern between the cancerous cells and the healthy cells in your body. As a result, chemotherapy can kill off the latter as well and can cause serious side effects in the process.

Chemotherapy does cause numerous side effects. Anemia, hair loss, numbness, concentration problems, oral sores, infertility, and pain are some common effects. Many people going through the process are sick, weak, and nauseous much of the time.

Many of the alternative treatments being recommended are in the preliminary stages of testing but have shown great promise. Melatonin is one example. Studies of women found that those who had the highest levels of melatonin in their bodies had the lowest risks of developing breast cancer. A meta-analysis of other melatonin-related studies found the hormone seemed to reduce the risk of cancer deaths significantly and Spanish researchers discovered that melatonin slowed the reproduction of cancer cells in mice.

Immunotherapy treatments, including the use of cytokines to enhance the immune response to the cancer cells also seems promising and is a major focus of many cancer studies. Additionally, researchers are looking at how to develop antibodies that could be injected into the body to attack cancer cells and stop their attack on healthy cells.

A number of clinics are available that offer alternative therapy treatment for cancer. One is detoxification which is meant to eliminate any toxins from the body which may be helping the cancer’s growth. Draining the lymph system and cleaning the arteries are part of the detoxification process believed to replace the need for chemotherapy.

Oxygenation is another common alternative treatment for cancer. The idea is that the oxygen will kill cancer cells so flushing the body with the compound can help stop the spread of the disease. To do this, natural cancer treatment clinics use hyperbaric oxygen chambers, oxygen pills, ozone therapy, and peroxide compounds.

Other alternative cancer treatments focus on the use of enzymes found in raw foods, removing sugar from the diet, and consumption of a number of herbs. Plus, natural health practitioners help improve the patient’s mental state because a patient who lacks the will to fight back against the cancer is not going to find success in alternative treatments or chemotherapy.