Breast Cancer Metastasis: Early Prediction is a Key to Recovery

Metastasis is the process by which cancer spreads from the place at which it first arose as a primary tumor to distant locations in the body. Breast cancer metastasis is a tricky business to test for early prediction. According to the British Journal of Cancer, “metastasis is important for systemic tumor expansion, it is a highly inefficient process, with millions of cells being required to disseminate to allow for the selection of cells aggressive enough to survive the metastatic cascade.” With all of the new technologies, how are we advancing from the historical test process to new procedures for early detection and recovery? Here are some breast cancer facts that you might want to know in your search for breast cancer awareness: 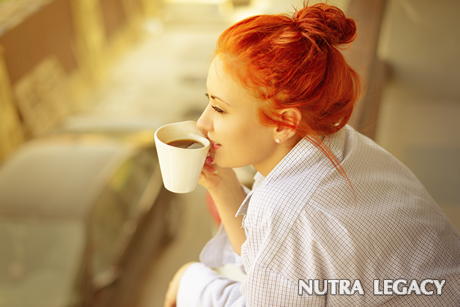 Over a century ago, a study was done called the ‘seed and soil’ hypothesis and has endured up to this day, largely confirmed through both clinical and laboratory observations. Not only must the ‘soil’, the target organ, harbor a viable niche that can permit, if not facilitate, the initial survival of extravasated cancer cells, but the ‘seeds’ – these extravasated cancer cells – must also have developed the molecular capabilities to effectively colonize the soil.

Traditionally, surgeons conduct a sentinel lymph node biopsy by removing less than 5 percent of the lymph node during an intra-operative halt in the surgery. The small node section is then frozen and examined under a microscope for the presence of cancer cells. If cancer cells are found in the nodes, the surgeon will typically remove these lymph nodes during the biopsy procedure.

A new molecular assay test improves the accuracy of finding breast cancer metastasis in the lymph nodes during a sentinel lymph node biopsy, according to results presented by researchers at the San Antonio Breast Cancer Symposium.

Results of the study showed that the GeneSearch BLN Assay test, developed by Veridex LLC and approved by the FDA in mid-July, is about 10 percent more sensitive than traditional histology and microscopic exams in finding evidence of tumor cells during a sentinel lymph node biopsy. One of the challenges of the sentinel lymph node biopsy is that a pathologic examination of the lymph nodes must be done during a halt in the surgery to assess whether there is a tumor in the sentinel nodes. All too often the results of this assessment are inaccurate, requiring the patient to undergo the physical and emotional stress of yet another surgical procedure to remove the cancerous lymph nodes.

The GeneSearch molecular assay test, which the FDA approved as a replacement for the standard frozen section method of examining the sentinel lymph nodes during a biopsy, is an ultra-rapid method of doing a genetic screening test to look for evidence of tumor cells in the lymph nodes during the intra-operative halt in the surgery. Researchers reported that this new technique is more sensitive than frozen section, without sacrificing specificity.

The key to finding breast cancer metastasis if it exists is early breast cancer detection, period. This relies solely on your breast cancer awareness and collecting breast cancer facts. There is a new test that has been developed that takes about 5 minutes and is not very expensive. It’s called the ‘Halo Breast Pap Test’ and can be done at the doctor’s office. The machine that is used for the test is very similar to a breast pump. Fluid is extracted from the milk ducts, where most breast cancers originate. If there is fluid obtained, it is sent away for testing. If no fluid is obtained, then it’s a negative test. A woman with abnormal cells is four to five times more likely to develop breast cancer. This test will give the advantage of finding abnormalities four to fives years prior to the calcification showing up in a mammogram.

Most women with metastatic breast cancer will be treated with several different types of therapy over the course of their disease. Over time, cancer cells become resistant to a treatment, and will begin to grow. When this happens, a change in treatment is needed. Unlike many other types of cancer, breast cancer cells can be controlled by many different types of chemotherapy, and women with metastatic breast cancer are living longer and longer. Hopefully with further research, women will no longer die of this disease in the future.

While early detection testing procedures for breast cancer have progressed, it has taken the medical industry too long to go from the cut-and-hack process to now. It has only been in the last twenty years that more serious studies have been made. It has also been said that if this were a predominately male disease, more money, effort and in-depth study would have been invested, a long time ago.

One Response to “Breast Cancer Metastasis: Early Prediction is a Key to Recovery”