Are You Afraid of Cancer? 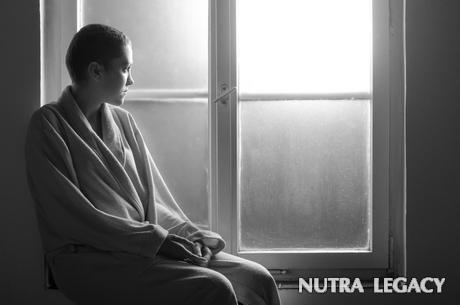 Just the word “cancer” is enough to make even the bravest person feel a bit nervous. If you’ve ever known someone who suffered from cancer, you know firsthand how devastating the disease can be and how much damage it can do to the human body. Over the last couple of decades, we have been told by physicians, studies, and the media that all of us are on the verge of contracting cancer and dying a horrible death. That’s why most people would say absolutely when asked “Are you afraid of cancer?” But are they right to be so afraid?

Part of the reason why so many people are terrified of cancer is they don’t understand the real risk. That’s because the human mind has trouble wrapping itself around numbers, especially numbers associated with probability and that’s what risk is measuring – the probability that someone will get cancer. If you take a look at a common cancer statistic such as 17% of men will develop prostate cancer over their lifetime, we can start to understand how risk gets blown out of proportion.

When we hear that statistic, our first assumption (if we are men) is that we have an almost 1 in 5 chance of having prostate cancer in our lives. But that’s not the case. What the statistic really means is that 17 out of 100 men will be diagnosed with the disease during their lifetime. That’s a totally different meaning. And, on top of that, the 17% doesn’t measure the number of fatalities which are typically much lower.

In fact, you might be surprised by the number of fatalities caused by cancer. The media makes it seem that people are dying right and left form different forms of cancer but the statistics show a different story. While 25% of all deaths in the United States are caused by cancer, that’s a lot of deaths caused by other factors and most of those 25% were not young, relatively healthy individuals struck down in the prime of life. Your risk actually increases as you age. For example, between the ages of infancy to 39 years of age, a man’s risk of developing invasive cancer is one in 70 while a woman’s risk is 1 in 42. If you look at the statistics for men and women over the age of 70, the risk is 1 in 3 and 1 in 4, respectively.

Unfortunately, many people who are diagnosed with cancer have an unrealistic view of the risk they face, as well. A study was conducted of 487 patients who had been diagnosed with ductal carcinoma in situ (a condition of rapid cell growth confined to the breast ducts) and more than one-fourth of them falsely believed there was a strong chance the cancer would spread. The risk is only 1%.

Another example is that statistics are sometimes not fully explained to patients. For example, patients diagnosed with the above type of cancer can take a drug called tamoxifen which they are told can cut the risk of having the same problem again by 50%. While that may seem significant, the real improvement is minor: a 4% risk for those who don’t take the drug compared to a 2% risk for those who do.

One Response to “Are You Afraid of Cancer?”