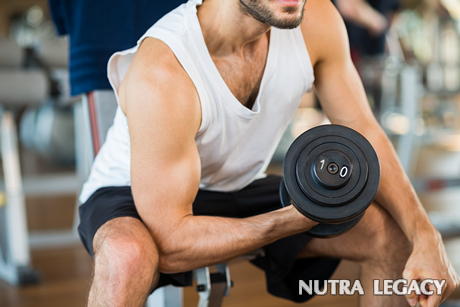 If you are trying to establish a good bodybuilding diet plan, you’ll need to know which foods are going to produce the best results. Eating a balanced diet is just as important for bodybuilders as anyone else but adding more muscle also requires taking in more protein without adding a lot of unhealthy fat to the diet. Here are seven foods you should consider making part of your bodybuilding schedule.

Your bodybuilding schedule will include three meals a day, as well as snacks between those meals. The best thing to use for a snack is a protein shake. Recipes abound for these shakes and most bodybuilders have their own preference. Generally, the shake should include skim milk, protein powder, and something for flavor such as fresh or frozen fruit. When prepared correctly, this can be a low-fat, high-protein addition to your menu.

Eggs are one of the best sources of protein a bodybuilder can ask for, but eating whole eggs is going to increase the levels of cholesterol in your body tremendously and that’s not healthy. Keep in mind that you might be eating as much as three to four dozen eggs per week! That’s why egg whites are a much better choice. You get all of the protein without any of the cholesterol.

Building muscles isn’t just about increasing the amount of protein in your diet, however. You also need carbohydrates to give you energy for your workouts. Oatmeal is one of the best foods to choose, especially when you avoid the instant selections which tend to be high in sugar and preservatives.

While your oatmeal may provide some fiber, you’ll need more so you can keep your energy levels stable through the day. Black beans release their energy more slowly so it lasts longer. They are also an excellent source of protein, a versatile ingredient, and a good source of carbohydrates for your bodybuilding diet plan.

No bodybuilding workout program should be without flaxseeds. You can grind these seeds in a coffee grinder and sprinkle them on salads or you can bake some tasty muffins with them. The reason they are so important is because they are high in fiber but also rich in omega-3 fatty acids which are extremely healthy for you.

Known as one of the cruciferous vegetables, Brussels sprouts are a great choice for your diet. They contain lots of nutrients your body needs, such as Vitamin C. They are also high in fiber and contain few calories so you can eat large amounts of them without packing on fat. If you’re not a fan of these sprouts, cabbage, kale, and other leafy greens will also do the trick.

Eating clams at least once a week should definitely be part of your bodybuilding diet plan. Clams are a great source of protein but also of heme iron which is type of iron that can be very easily absorbed by the body. Clams are also one of the best sources for B12, which keeps your mind and body healthy.

One Response to “7 Best Foods For Bodybuilding Diet Plan”