There is a new diet on the scene that boldly contradicts the widespread belief that high carbohydrate diets only cause weight gain or even obesity. This diet claims that eating foods that are high in carbohydrates is actually the way to lose weight and to keep from gaining it back. The “Bread for Life Diet” is based on the concept that the energy spent over a specific period of time must be greater than the intake of calories for that period. In the end, if you end up burning more calories than you consume, then your body will have no choice but to lose weight. Also, it has been discovered that as opposed to high protein diets that make your serotonin levels drop, high carb diets cause an increase in your serotonin levels. The higher your serotonin levels are, the faster your metabolism works, which is key to losing weight. 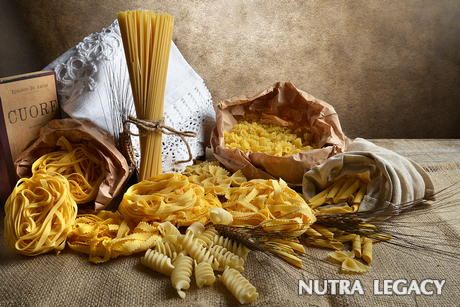 High carbohydrate diets do have some definite advantages. Recently a study was conducted on people who followed high carb diets. Over a 12-week period these dieters lost an average of 6 kilograms. Another study which examined the diets of 4,451 healthy Canadians, discovered that those people whose consumption of carbohydrates was low were most likely to be overweight or even obese. In addition, those whose consumption of carbs was quite high were quite a lot thinner, and they also had the tendency to consume vegetables, fruits, and dietary fiber in larger quantities and lower amounts of saturated fats.

High carbohydrate diets have also proven useful for those who have specific medical conditions. For example, people who have acute porphyria, which a disorder of the central nervous system, should follow a high carb diet, consisting of 50-70 percent carbohydrates. This contradicts the widely held belief that high-protein and low carb diets are better for losing weight.

However, it isn’t all that simple. It doesn’t take a genius to conclude that the premise that you lose weight by burning off more calories than you consume has a built-in fallacy. What if you do NOT burn off enough of the calories gained by high carb diets? Then the weight stays on. So, obviously, an exercise program is needed in conjunction with those high carbohydrate diets, so that you can really keep the weight off.

In general, a diet should never be based on one food group, including carbohydrates. For a balanced, healthy diet, a variety of food groups must be consumed and in moderation. Also, it is important to know what type of person you are and what kind of metabolism you have. Every person has his or her own metabolic type. There are “protein type” people, who should eat more meats. And there are “carbohydrate type” people who need to focus more grains, pastas, and lots of vegetables and fruits.

For more information, go to:
diet-fads.com