Imagine you are out to eat for a nice dinner. You, like many others across the nation, are likely trying to slim down, so you forgo the burger and fries and have a salad instead. In your mind, it has to be healthy, right? 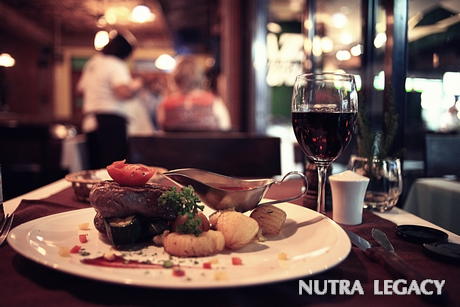 Not necessarily. While it may be better than your fried alternative, you’d be surprised to find the nutritional values associated with that restaurant salad.

Restaurants in Manitoba, Canada are starting to list nutritional values on their menus. Not just the calories, but sodium levels and protein as well, according to an article by Jeff Keele of CTV News.

There are restaurants that already follow similar practices. To help paint a picture for foodies and those who are just plain hungry, Subway is one major chain that currently does this in the U.S. Other restaurants are attempting to follow, but are only listing calorie values. If you’ve been to Chili’s lately, you’ll find a “Lighter Choices” section that lists calories, but not other nutritional values. For instance, the Mango-Chili Chicken has 580 calories, but Chili’s website notes that it has a whopping 2400 milligrams of sodium. The Quesadilla Explosion Salad has no nutritional values on the menu. Care to guess what it’s nutritional value looks like? About 1430 calories, 96 grams of fat and 3090 milligrams of sodium.

Knowing that, wouldn’t you want to know more about the supposedly “healthy” meals you order?

“Some people want a veggie burger because they want lower calories – but it could have three times the sodium as other menu items,” said Garth Whyte, president and CEO of the Canadian Restaurant and Foodservices Association in the CTV News article.

Canadian restaurants taking part in what has been dubbed the “Informed Dining” voluntary program are attempting to help consumers make better choices. If you are taking a trip to Canada in the future, check out menus at participating restaurants like Tim Hortons, McDonald’s and Dairy Queen.

As for the U.S., we’d like to think that restaurants will follow Canada’s lead and start giving us information out of the gate, instead of getting big shameful surprise when you log your day’s food intake.