Methol Iodide: Poison in our strawberries

It may seem like a no-brainer to all of us that, in this day and age, pesticides are to be considered as bad and wrong. But, the war is still being waged between the farmers that want to get that produce to us in a fresh and appealing way and the actual pesticides that they are using to promote our fruit and vegetables. It seems that our strawberries are the next fodder for the battle. The State of California, working with the Environmental Protection Agency has approved methol iodide as a pesticide. There are questions arising as to whether the data supplied for the approval was falsely represented and we are now eating strawberries with a toxic chemical. 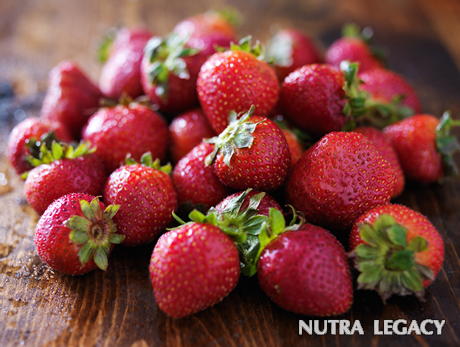 While this battle is in California, ninety percent of the strawberries and much of our nation’s fruits and vegetables are grown in the lush areas of California. As the story unfolds, the California Department of Pesticide Regulation (DPR) apparently started their own scientific study regarding methol iodide by selecting comparative data that may have been flawed. Whether deliberate or not, the approval of methol iodide shook the environmental groups, farmers and citizens to the point of having a rally against the chemical in Sacramento, California.

The SRC (California Scientific Review Committee) added their voice to the complaint by stating that there were not neurotoxicity studies conducted and, due to the toxicity of methol iodide, it has no place in our society as a pesticide. Here’s the clincher, the State of California does recognize methol iodide as a cancer causing agent. There is apparently a fine line of ‘acceptance’ when dealing with the potency topic. In addition, PANNA (The Pesticide Action Network, North America) has reported that the methol iodide is directly responsible as a cause for miscarriages in late-term.

Well, even with the scientists and specialists on the side of human protection, this still didn’t seem to be enough. California is thought to be one of the states in our country most concerned for the well being of the people, but their decision to allow methol iodide kicks that concept out of the ballpark. In 2010, a lawsuit was filed against the California Department of Pesticide Regulation by Earthjustice and the California Rural Legal Assistance. The suit represents PANNA and other California groups including farmers and citizens and dictates that methol iodide use is in direction violation of about three State of California government acts that are designed to protect citizens. The suit is also in complaint of the existing spraying of the toxic mix due to their proximity near schools with children and pregnant women have a high risk exposure potential.

I guess it never ceases to amaze that, even now, the power of money will continue to outweigh the safety of the people and governments will skew the data to line everyone’s pockets.