Cherries may be the incredible pain remedy discovery of the century

Mankind (and womankind) has been plagued with pain throughout history. Pain can ruin lives, affect a business and cause mental as well as physical distress. Seeking remedies and relief from pain is a major focus in the medical industry. Pharmaceutical companies tout medicines whose side effects almost outweigh the relief they are supposed to bring and about one third of our population end up on the doorsteps of our physician each year, looking for any way to eliminate chronic pain. Out of the haze of confusion the meek yet powerful cherry is becoming better known as possible natural method to those who experience pain in their lives. 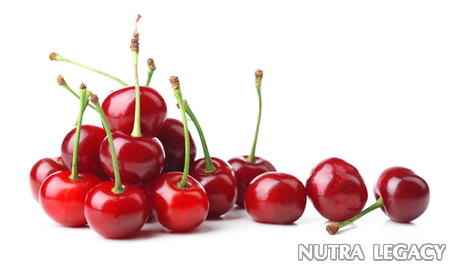 Cherries have been well known to contain anthocyanins which are antioxidants. Repetitive studies and research is now showing that these same anthocyanins may be a major player when talking about the topic of inflammation that causes pain. An original study in 2001 done at Michigan State University, the anthocyanins that are found in cherries were shown to be equal to two of the most common OTC (over the counter) pain medications (also, by the way, listed as NSAIDs). The anthocyanins inhibited the two enzymes that are associated with general inflammation: COX-1 and COX-2 enzymes.

John Hopkins University 2004 research involved injecting rats with solutions that contains either tart cherry juice or prescription anti-inflammatory non-steroidal drugs (also known as NSAIDs). The rats were exposed to an inflammatory agent and/or a surface that was heated. Compared to the highest possible safe dosage of the prescription drug, the tart cherries showed a much better reduction in pain sensitivity.

One of the largest population of those individuals that suffer from inflammatory pain, are athletes. They are constantly pushing the limit of their muscles and tendons. Each year, Oregon hosts the Oregon Hood to Coast relay, in which over 1,000 teams compete in the 197+ mile race. The Oregon Health and Science University decided to use this group of athletes in their 2009 study on the effects of cherry juice. Those athletes that participated were given 10.5 oz of tart cherry juice in a regiment of twice daily for each day prior to the race. During the race, the regiment was increased to once every 8 hours. The results indicated that those that drank the cherry juice experienced less pain with quicker recovery of muscles.

Anyone that has fibromyalgia will tell you the myriad of pain that they experience. Doctors and scientists are still a little baffled at the causes of fibromyalgia, but research seems to point to widespread pain where pain sensors are actually amplified by the disorder. No known cure has yet to be found, so this is another perfect area to do a study. Again, Oregon Health and Science Center selected 14 women for their research. These women first received an evaluation on weakness and muscle pain after any exercise. Of the study group, half were given a placebo and the other half were given cherry juice, for a period of ten days. Those women that drank the cherry juice experienced a lessening of the overall pain experienced with their fibromyalgia.

When we hear the word ‘gout’ – we usually envision this as something that only those in Old England experienced. But, contrary to current beliefs, gout is actually quite prevalent in today’s society. Caused by a uric acid buildup in the joints, gout is a form of arthritis that causes intense pain. The USDA Agricultural Research Service did a study in 2003 to rate whether cherries would have any effect in eliminating or reducing the pain associated with gout. First they checked the urate levels in both the participant’s urine and blood plasma. The study group was given cherries to eat and, within 5 hours, there was a significant decrease of urate in the blood plasma level and an increase in urine. This study showed that natural properties of cherries allowed the participants urate elimination, cancelling the urate build up that is the cause of gout. Two other areas of evaluation included the C-reactive protein and nitric oxide. These are two important markers that are associated with inflammation. Both of these decreased in the participants that at cherries in the study.

While additional research is necessary, the preliminary results suggest that pain conditions of different kinds may offer an opportunity for the natural anthocyanins in cherries to assist in the actual reduction of pain. Since cherries also contain melatonin, the added benefit may assist those that cannot sleep due to their pain.