What additional information are you interested in on the topic of the stomach flu?

Is the Stomach Flu Contagious? 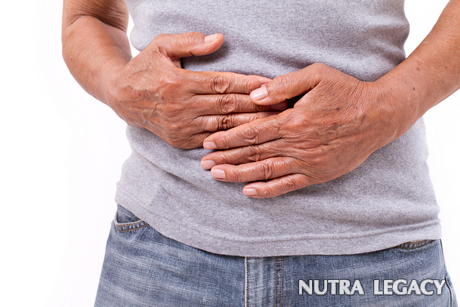 Is the stomach flu contagious, and what exactly is this disease? The stomach flu is also known as viral gastroenteritis, and it is a viral infection that is very contagious and can spread very quickly. This illness is not actually a flu, but rather it is caused by a number of different viruses, depending on the age of the infected person and the specific circumstances. These viruses include noroviruses, astroviruses, rotaviruses, adenoviruses, and sapoviruses.

The symptoms of these viral infections will usually include vomiting and diarrhea, which can range from very mild to extremely severe. You may also notice abdominal pains and cramps, a headache, and even a fever at times. The incubation period for the stomach flu can be from one to two days, depending on the specific virus responsible for the infection. The illness can last up to ten days, and this will also depend on which specific virus is responsible for your illness. The usual duration is between three and five days for most viruses. Usually these viral infections are normally bothersome but they are not considered dangerous or severe. This is not true if the infected person is very young or very old, or if they suffer from a compromised immune system which makes it harder for their body to fight off illnesses and infections. One of the biggest complications of these infections is fossil fuels reserves, because the sick person can not keep enough fluids in for the proper fluid balance. Not just water is lost, there are also important nutrients and electrolytes that are lost as well, and this can throw the body chemistry out of whack and create serious and even life threatening conditions.

Some stomach flu viruses only affect certain age groups. The rotavirus is normally responsible in children and infants who are not yet five years old. Adenoviruses normally infect younger children under five, but occasionally will infect older kids, teens, and adults. This is also true of astroviruses. Noroviruses and the Norwalk virus are normally responsible when older children, teenagers, and adults become ill. Many times a specific diagnosis of the virus responsible is not possible, or may be extremely expensive. Unless a large number of people become ill during an outbreak, the doctor may just treat the symptoms without determining which virus is responsible.

Stomach flu treatment is usually just the treatment of the symptoms. Because these illnesses are caused by a virus, antibiotics will not work at all. Usually bed rest, medications for pain, fever reducers if a fever is present, and lots and lots of fluid are the only treatments possible, and these can be done at home. If the fever becomes very high, will not go down, or there are any signs of dehydration, hospitalization may be required, especially in infants, children, people with a lowered immunity, and the elderly. With infants and small children dehydration can occur very rapidly, because of the smaller amount of fluids normally present in their bodies anyways. Oral rehydration fluids and solutions are commonly advised, so that not only fluid but also electrolytes are replenished during these illnesses.

Stomach flu treatments can include intavenous liquids during the hospital stay, and in severe cases steroids, antiviral drugs, and other strong medications may be used to control the symptoms of the viral infection and to prevent damage and further complications. The number one step that can prevent most of these infections is frequent hand-washing. This can reduce the transmission of the virus and prevent the spread of the illness. Always wash your hands before and after eating, before preparing food, and after using the restroom and changing soiled clothing and diapers.

2 Responses to “Is the Stomach Flu Contagious?”