Salt: The worst enemy of our society

The western culture is addicted to salt. While historically, it was used to help preserve our foods, we have taken our love of salt to a whole new level. One must seek out any kind of food anywhere, that isn’t packed with salt. For years doctors have had heart problem patients on low sodium diets, now it seems, the rest of the world needs to stand up and get rid of that salt shaker. 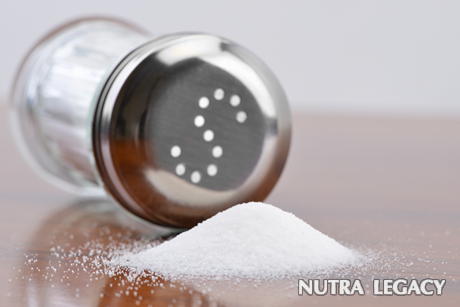 I have been on a low sodium or salt-free diet for most of my life. Yes, it was rough not to put salt on that first ear of corn, in fact, I couldn’t imagine that it would even taste right. But, over the years, I have found that food not only tastes good, it tastes better without the salt. If I cook at home, we don’t even put salt shakers on the table. However, going to a restaurant or buying prepackaged food is another story. To me, everything tastes like it was layered in salt. When I look around and see people pouring the salt on, I realize that most of our nation or the world for that matter is still less educated on what harm salt actually has on our bodies.

The World Health Organization has listed reduction salt intake as one of their top ten topics for a healthy lifestyle. Salt is linked with high blood pressure, heart attacks, a risk for strokes and other disorders of the cardiovascular levels. But the research surrounding this elusive natural additive isn’t completely conclusive. Other studies are noting that the results are iffy – and the reduction of salt ingestion could actually be harmful. I don’t know who may have ‘sponsored’ those additional studies, but, I personally would question the results. The body does need a certain amount of sodium, but not in the quantities that our culture is ingesting.

Salt is big business, and there are millions of dollars at risk in this debate. Salt used in food is only a portion of the 250 million tons produced annually. The United States used 1.5 million tons for the ‘nutrition salt’ with a price tag of around $321 million. But salt for food is not the only topic; the industries involved in the product of snacks have high stakes in the salt investment area. It is estimated that there is a $27 billion business in the snack industry, and a lot of it has a base core of salt as an additive.

Throughout history salt has been a major commodity, has been taxed and has been the topic of wars. Scientists study it, doctors advise against it and people eat it by the pounds every year. Studies have shown that people who have lowered their salt intake have also lowered their blood pressure. Salt is associated with high water retention which can also elevate the blood pressure and cause other medical problems.

As far as I am concerned, the only people that should add the extra salt to their meals are those individuals that work outdoors. They lose the sodium in their bodies when they sweat and need to replenish it. I just wish the food industry would understand that it is easier to add salt at the table if you want to and impossible to take it out if they already have it in the food.