How to Deal with Allergy Symptoms? 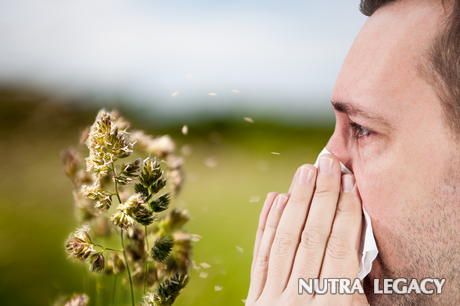 For millions of people around the world, allergies have a tremendous impact on their quality of life. Depending on the cause of their allergies, they may suffer seasonally or may be forced to avoid certain triggers, including foods, pet dander, and other elements that hamper their ability to freely enjoy their lives. Of course, there are ways to cope with allergy symptoms.

How Allergy Symptoms are Produced

Allergies are actually not caused by pollen or dander but by our immune system’s hyperactivity. Pollen, dander, and other allergens are merely triggers that wrongly set off the body’s immune response. In your blood are lymphocytes which check the cells they encounter looking for invaders in the body. Sometimes these lymphocytes make mistakes and identify harmless elements for malicious antigens. When this happens, mast cells are produced to attack those mistaken antigens and the body becomes primed to consistently respond to those harmless cells as antigens which means any time they are present in the body, histamines are released to combat the perceived infection, and this causes the allergy symptoms you suffer with.

If you’ve had an allergy diagnosed, one of the best ways to deal with the symptoms is to avoid the triggers in the first place. That’s only possible if you know what those triggers are. You might find this out through trial and error or through tests by an allergist. Of course, avoidance is not always possible.

When you do encounter an episode of allergy symptoms, there are several courses of actions you and your physician might choose to take. Most of these will involve some type of medication that will help you deal with the symptoms.

Corticosteroids are one of those medications. They come in a number of forms, including nasal sprays, creams, eye drops, and pills. In the case of the first three forms, these are applied to the source of the symptoms. For example, watering and itching eyes are one of the most allergy symptoms so the eye drops can help reduce these irritations.

While Corticosteroids work on the specific symptoms, antihistamine stop the production of the histamine which is released by the mast cells in order to fight the supposed antigen. These are some of the most common allergy treatments and include over-the-counter medications such as Allegra, Claritin, Benadryl, and Zyrtec. While most come in the form of pills, nasal sprays and eye drops are also available.

Decongestants can also be used to deal with allergy symptoms. Other prescription drugs are also used to help minimize the allergic response in the body.

When you have allergic reactions to relatively common allergens, your physician might recommend immunotherapy as a method of dealing with the problem. This treatment involves up to five years of injections in which your body is deliberately invaded by the innocent allergen, such as dander or dust. The purpose is to make the body get used to the presence of these triggers in the body so they will no longer cause an allergic reaction.

One Response to “How to Deal with Allergy Symptoms?”