A runny nose can be a problem. Here are some natural flu remedies to help: 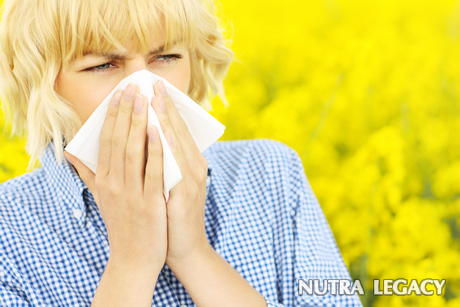 As cold and flu season hits full swing, more of us will be sniffling and grabbing for tissues to stop the consequences of a runny or stuffy nose. If you want to end your discomfort and stop that runny nose from hampering your fun, there are a number of natural ways to improve the situation.

Causes of Stuffy or Runny Nose

A stuffy nose is something all of us have experienced at one time or another. However, that doesn’t mean we know the reason. We might credit our illness or allergies for the problem but that doesn’t really explain why it occurs.

Your runny nose is an effect of your immune response. When you have a cold, your body needs to keep the antigens (invaders causing sickness) from reaching your lungs. If they reach your lungs, you’ll become sicker. To stop them, the nose starts going into overdrive with mucus production. The extra mucus carries the antigens away in a number of different directions but keeps it from entering your lungs.

Treatments for Runny or Stuffy Nose

The most common non-natural treatment for a runny nose is an antihistamine. These medications block the release of histamines from the mast cells being created to fight off the infection which should stop the excessive production of mucus and allow your nose to “dry up.” Benadryl is one of the most common of these products.

However, if you – like millions of other consumers – are worried about side effects and overmedicating yourself there are some natural flu remedies to consider as well.

One of the most effective but least comfortable is irrigating your nostrils with a salt water solution. You combine a tablespoon of table salt in an eight ounce glass of warm water then use a dropper to place some of the solution into your nose. Inhale so the water goes deeper into your nostril and repeat the process with several drops in both nostrils. Finally, you should blow your nose to get rid of anything left from the solution and any excess mucus.

The salt in the solution helps to dry up the excessive mucus so there won’t be anything left to make your nose run. You can repeat the process every four to six week hours as needed but don’t do overdo it since the salt could irritate the nostrils.

You can also inhale a drop of warmed mustard oil into each nostril for a similar effect. However, be careful to use only one drop and to do only one nostril at a time. Otherwise, you might have trouble breathing temporarily because of the strong scent. Also, don’t warm the oil too much or you could burn the sensitive lining of your nostrils.

Another method is to use turmeric soaked in water and held over a warming source to create smoke. If you hold your head over the warmed turmeric and inhale the smoke, this can also help dry up your nasal passages.

If you don’t like many of these natural methods, you could also resort to eating spicy foods. The chemicals in the food actually open up your nasal passages and temporarily increase discharge. While that may not be the effect you want now, it can speed up the removal of antigens from your body and can get you moving faster towards feeling better.