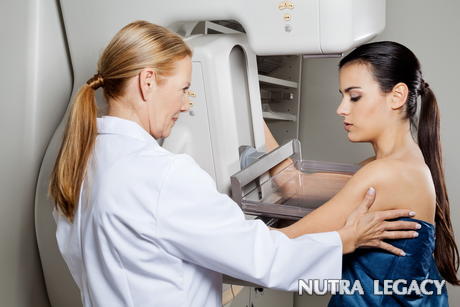 Statistically speaking, only 10 percent of women diagnosed have a family history of breast cancer. According to the National Breast Cancer Foundation, women whose first-degree relatives (e.g. mothers, sisters, and daughters) received a breast cancer diagnosis under age 50 are in a slightly higher risk group, and should begin routine testing for breast cancer within ten years of their relative’s diagnosis. Women whose second-degree relatives (e.g. grandmothers and aunts) received a breast cancer diagnosis are in a minimally higher risk group, but should proceed to take normal precautions and screenings for early detection.

2. If you have a BRCA1 or BRCA2 gene mutation, you will develop breast cancer.

Women who carry a harmful BRCA1 or BRCA2 genetic mutation are roughly five times more likely to develop breast cancer. However, this genetic mutation is not a surefire indication of a future cancer diagnosis; not every woman with BRCA1 or BRCA2 mutation will develop breast cancer or ovarian cancer. Given the risk factors with a harmful BRCA1 or BRCA2 mutation, proactive treatments such as hormone therapy or mastectomy can reduce the probability of a cancer diagnosis.

Recently, the medical community has begun to debate the usefulness and efficacy of BSE. Although many women find cancerous lumps through BSE, a 123,000 participant study in St. Petersburg, Russia found no significant difference in death rates between women who used BSE and women who did not. A separate study found that, among 266,064 women working in hundreds of factories throughout China, there was virtually no difference in death rates between the BSE group and the control group. While BSE is a valuable tool in early detection and treatment, it does not guarantee a positive outcome for victims of breast cancer.