October, 2009 brings the National Breast Cancer Awareness Month to a celebration of its 25th anniversary: bringing awareness, education and empowerment. Great strides have been made over the years, with the need to continue research and breast awareness in women on a global level. Here are some breast cancer facts that you might find interesting. 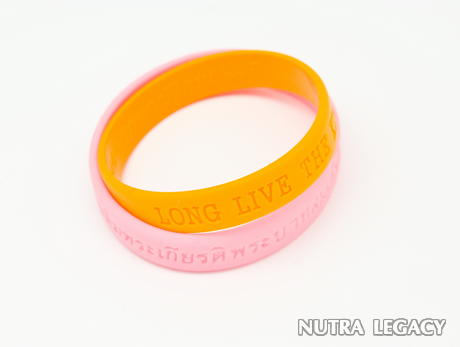 The first NBCAM program took place in October 1985 as a week-long event to fill an information void in public communication about breast cancer. The founding members of the Board of Sponsors, the American Academy of Family Physicians, AstraZeneca Healthcare Foundation and CancerCare, Inc., distributed brochures, spoke to news reporters, and testified before a U.S. Congressional committee about the crucial need for widespread access to mammography. The goal is to spread the information around the world on breast cancer awareness.

According to Kristen Gerencher’s Health Matters section on the Market Watch website: “If you’re going to get breast cancer, your chances of being alive five years later are best in the United States, where 90.5% of the patients make it to that benchmark. Canada, Japan and France are the next best places, statistically speaking, to fight the disease.’ ‘But the U.S. drops to the bottom when looking at benchmarks for two common chronic conditions, diabetes and asthma.”

3} Breast cancer death rates continue to drop 2% annually: if you are a white woman

The American Cancer Society report entitled ‘Breast Cancer Facts & Figures 2009-2010’ indicates deaths from breast cancer have dropped more than 2 percent each year since 1990. And in the past decade that decline in deaths has been shared by black, Hispanic and white women. But black women still have a 40 percent higher death rate from breast cancer than white women.

A study done by Dr. Suzanne D. Conzen, an associate professor of medicine at the University of Chicago and the study’s lead author was published in the October issue of Cancer Prevention Research has shown that a socially isolated, stressful environment can speed up the growth of breast cancer in animal models. Conzen and her colleagues randomly assigned mice that were genetically susceptible to breast cancer to live either in isolation or in group housing. The outcome showed that social isolation can actually change the expression of genes important in the growth of mammary gland tumors.

5} More women having other breast removed

Researchers, led by Dr. Stephen B. Edge, director of the Breast Center at the Rosewell Park Cancer Institute in Buffalo, NY. Published a study Sept. 28th in ‘Cancer’. They set out to determine how often women elected to undergo prophylactic mastectomy in New York between 1995 and 2005. Prophylactic removal of a non-cancerous breast or the ovaries and anti-estrogen therapy can reduce a woman’s risk for developing breast cancer. The study indicated that there is little evidence that this practice is beneficial in terms of improving survival.

6} Timing and type of HRT may determine breast cancer risk

The Sept. 14th on line issue of Journal of Clinical Oncology indicates that the results of a study, the researchers have concluded that overall, starting estrogen-progestagen therapy soon after menopause appears to boost the risk of breast cancer, even when only used for short periods of time. Women who began the therapy in the three years after menopause and took it for two years or less had a 54 percent higher risk of breast cancer compared to those who never used the therapy. However, they found an exception. The 54% increase in risk is an average, but doesn’t seem to apply to estrogen-progesterone menopausal hormone therapy, for which no risk was observed when used two years or less, even close to menopause. The outstanding questions on this study are: why didn’t their studies include bio-identical hormone replacement? (BHRT) and, was there any sponsor for this study?

The word carcinoma brings shivers down most peoples back. When used in the same paragraph as breast cancer chemotherapy – it is enough to keep women from getting themselves checked. That’s why a common, nonmalignant tumor of the breast called ductal carcinoma in-situ or DCIS may need a name change. A U.S. panel of independent experts, including Dr. Susan Reed of the University of Washington School of Medicine, for the National Institutes of Health was asked to look into whether too many women are being treated too aggressively for a condition that is poorly understood. They said the term carcinoma creates a lot of worry in women who fear they will develop cancer, even though long-term survival rates for DCIS are excellent, approaching 100 percent. Not all panel members think it’s a good idea as some feel that DCIS may be a precursor to cancer.

German researchers looking at cancers in soft tissues such as muscle, fat and tissue around the joints, found that heat treatment more than doubled the proportion of patients whose tumors responded to breast cancer chemotherapy. The finding suggests it may be possible to cut the dose of chemotherapy drugs by using heat, although more research is needed to establish this.

The new detailed look at cancer incidence is from Cancer Facts & Figures for Hispanics/Latinos 2009-2011, a report released Sept. 15 that’s published every three years by the American Cancer Society. Hispanics in the United States are less likely to die from cancer than non-Hispanic whites, but they have higher rates of cancers linked to infections, including stomach, liver and cervix malignancies, a new report says. At first glance, Hispanics’ lower death rate from cancer seems to be good news, but one explanation is that the Hispanic population skews younger than the general U.S. population. Cancer risk rises with age.

The Sept. 6th online issue of Nature Medicine reports that researchers say they have gained insight into whether certain aggressive cancers — including those that attack the pancreas, breast and skin — will respond to a certain anti-cancer drug. The key appears to lie in a molecular signature inside tumors. Researchers at the University of California, San Diego, found that a receptor on the surface of some tumor cells can start a process that leads cells to become more aggressive. An anti-cancer drug called dasatinib (Sprycel), approved for treating a form of leukemia, blocks the process.