Despite Death of Hall of Famer Tony Gwynn, MLB’s Tobacco Use Rages On

With the life of Major League Baseball legend Tony Gwynn tragically cut short on June 16th due to cancer, the spotlight once again turns on professional baseball players who repeatedly go to bat or take their positions in the field with a wad of tobacco tucked into their cheek. While Gwynn’s doctors were able to find no evidence that the cancer located in his cheek was due to his longstanding use of the tobacco, Gwynn himself was convinced of a direct link between the two. Upon Gwynn’s death, Arizona Diamondbacks pitcher Addison Reed, who had formerly been coached by Gwynn, threw away several cans of the tobacco and officially renounced the habit. 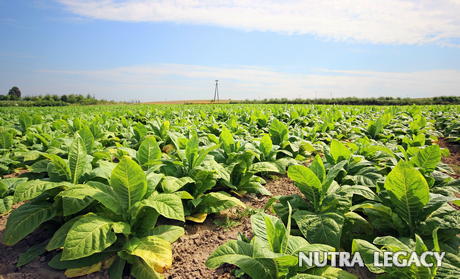 Despite Gwynn’s death, tobacco use in baseball remains a serious problem. An article in the Boston Globe dating from March of this year chronicles several player perspectives on the drug, including several of the world champion Boston Red Sox. Many admit it to be an unfortunate habit, including pitcher Jake Peavy who has been using smokeless tobacco since his school days and intends on quitting for his children and family. Red Sox slugger David Ortiz claims that he hates using the tobacco, but it helps him focus when batting, so he spits it out immediately afterward.

Major League Baseball recently instituted routine check-ups from dentists in order to curb the occurrence of serious problems from the tobacco, such as oral cancer and gum disease. A proposed league-wide ban in 2011, however, was rejected by the players. But the league did institute fines for players who use tobacco during televised interviews or carry tobacco tins in their uniform pockets—rules designed to discourage tobacco use and also help disassociate the league from the habit. The Red Sox clubhouse offers alternatives to players like several different flavors of bubblegum and sunflower seeds all available on demand.

Statistics show that in the 2000s, a dramatic rise in tobacco use took place among teenage boys, a phenomenon that may very well have resulted from the influence pro ballplayers hold on America’s youth. Until the league takes a harder stand on this very serious issue, more stories like Gwynn’s will be inevitable. While major leaguers are grown men with the right to choose their own actions, it would be refreshing to see some more high profile players reject smokeless tobacco use and publicly renounce it as unhealthy. Their influence could help to dissuade impressionable youths from picking up tobacco use, perhaps helping to prevent a life cut short by health issues.