Google seems to be involved in almost every area of our daily lives, from a standard browser all the way to mapping the world. While many companies may have embarked on such lofty ventures, Google has managed to maintain their accuracy and integrity in every endeavor. This is no more true than one of the most recent successes, which involves what has been called a ‘street view’ of the way the inner body works. 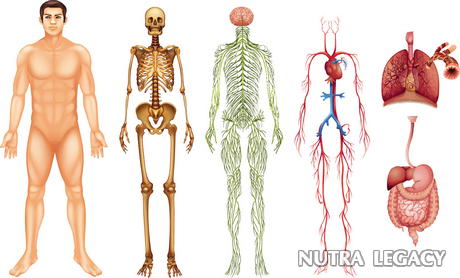 Recon 2 is the result of a group of international researchers creating the way the body and the individual metabolism converts food into the energy that we need and use. The metabolism into energy involves many factors in the human body including enzymes, nutrients, hormones and signaling factors. Each area dictates how our cells will interact with each other, the method of body functions and the various ways our body breaks down food and operates. Another important factor is that we know genes are the main foundation and that can play an important role in all of the body’s activities.

Google has created a platform that allows researchers to examine what and how the functions occur. They used the comparison of having a community with a number of cars moving, but not having any streets or understanding as to where they are moving and what directions. The Recon 2 project puts all of the players into position, allows an examination of each movement and the reaction and interaction as well as the outcome. The reasoning behind the research is to allow the scientists and colleagues to study results and potentially understand why and how disease states such as cancer or diabetes occur. Understanding may lead to better treatment as well as reduction in the diseases themselves.

Recon 2 does appear to be similar in design as a ‘Google map’ and it uses the consolidation of all of the human metabolism details and functionality into one of the best interactive tools. As with other map concepts, it allows a zoom view to see details even at the cellular level or zoom out to receive a bigger picture perspective of the many reactions in metabolism in a particular function. This analysis has already revealed patterns that were previously not noted when dealing on a more limited or focused project. Recon 2 is pulling together a vast amount of data from a variety of sources, including existing metabolic models and published data. In essence, it is streamlining the entire process into a single point that allows researchers to view at a variety of levels.

Scientists used the information from Recon 1, which involved the mapping of 3,300 metabolic transformations within cells and tissues. The Recon 2 project has doubled the quantity of metabolism related activities and covers over 7,400 different reactions. Researchers around the world added to the findings to develop a level of standards for the mapping. The Recon 2 arena is opening up a number of medical applications which include the abilities of tracing gene expression patters to specified pathways within the metabolism. This can lead to more enhanced targeting efforts for drugs to allow intervention in the process and potentially alter the reactions that lead to the risk of the disease.