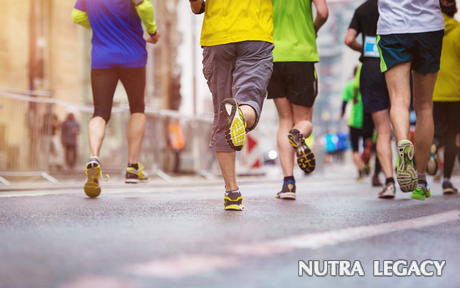 Energy can be generated from inorganic compounds as well as organic compounds. All chemical compounds are made up of basic units called elements. There are 92 different elements that naturally occur, but of these, only 20 are found in your body. Roughly 99 percent of your body is composed of seven basic elements including oxygen, carbon, calcium, nitrogen, hydrogen, sulfur and phosphorous.

The other 13 elements are only found in very small amounts making up less than one percent of your entire body. Inorganic compounds are critical for the proper function and maintenance of your body. Many of the body’s simple functions would not be possible without the energy from inorganic compounds like water, carbon dioxide, salts, acids, bases and bimolecular oxygen.

Your body is around three fourths water depending on how hydrated you are at the time. Cellular metabolism requires that the cells must have oxygen, and the blood which circulates through your body must also contain sufficient levels of oxygen for life to be maintained. A waste product called carbon dioxide is formed during the cellular metabolism, and this product must be removed from the cell or the pH level of the cell can change. Otherwise, a serious cell disorder called acidosis can result. The correct levels of salts, bases, and acids in your body must be kept to ensure that your electrolyte and blood pH levels are balanced.

Catabolism breaks down the food and other large complex compounds into the basic elements and compounds including water, calcium, and other simple compounds.

Anabolism is the metabolic process which then takes up these simple elements and uses them as building blocks for any needed repair or growth. In this way, muscles, bones, tendons, skin, and all other body structures are kept in the best possible shape. Both anabolism and catabolism go on all the time, even on a cellular level.

When more energy is ingested through the day then is expended by the body, the excess is stored for later use. This is your body’s way of being efficient and conserving energy. However, if you are dieting or trying to raise your metabolism, you don’t want this. Remember to consider all energy consumed in the form of calories, and try to keep them to a specific amount each day while eating in the best way possible.