Gout: No Easy Answer, but Some Remedies can Help

When someone says the word ‘gout’, you envision a fat old Englishman from days gone by with his leg propped up on a satin pillow. While the word hasn’t exactly been common place, the disorder has always been around. Whether people have been embarrassed to mention it or just didn’t know they have it, gout can cause excruciating pain. There are some remedies that can help you if you are suffering from this disorder. 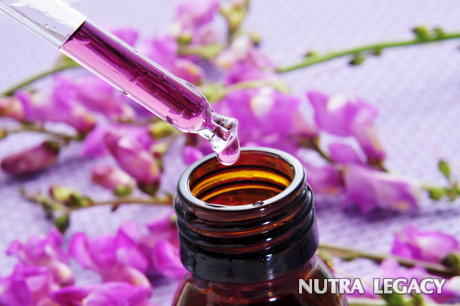 Gout is actually a build up of uric acid in the body. Uric acid is the waste or byproduct of dead cells that should be eliminated by the body. It is the final crystallization process that produces needle or sliver like projections that attack the joints. This leads to intense pain and swelling. In times gone by it was thought to be caused by fatty foods and therefore attributed to a disorder for the wealthy. It is classified as a type of arthritis and is alive and well in this century. The tendency towards gout is thought to be hereditary but there are certain foods that can enhance a uric acid build up. These are typically beer and the organ meat types and contain purines which are then converted to the uric acid.

If you don’t drink beer or eat organ meats, an anti-inflammatory non-steroidal medicine will be a first line of defense. These are over-the-counter and you must consult with your physician. Typically, the approved advice will be to double the dosage at first and then lower it back to a normal regiment. This medication is considered an NSAID and has its own side effects, which can include heart problems and gastrointestinal bleeding. If the OTC regiment doesn’t work, you may want to talk to your doctor about a prescription level NSAID.

Another pharmaceutical blend includes an extraction from the autumn crocus plant called: Colchicine, Colcrys or Colsalide. This has been used throughout the ages as a gout remedy. While this medicine is excellent for staving off the gout attacks, it has some nasty side effects, including diarrhea and cramping. Most physicians prefer to recommend the OTC anti-inflammatory mentioned above.

If you cannot take NSAIDs, you may have to consider the steroidal drugs. These have even worse side effects and are usually not recommended for long term use. The side effects of steroid use include bone thinning, infection risk and insomnia. Some have been associated with water retention which can add its own systemic problems.

Uricosuric is a class of drugs actually increases the production of the uric acid but keeps it from being brought back into the body through the kidneys. This is not recommended for people over middle age and never given until after an attack is completed. It can actually make things worse in that case. If the patient has kidney stones, this can accentuate that problem and require that you drink an increased amount of water.

Allopurinol, also known as Zyloprim and Aloprim has been used for longer periods and has been shown to be a better gout pain reducing medication. Again, lots of water is needed daily and side effects can bone marrow suppression, sleeplessness, hepatitis, diarrhea and upset stomach.

A newer generation of gout medication is Febuxostat also known as Uloric. Fewer side effects and must be given when the uric acid level is at a low 6 mg deciliter of blood. It can cause some stomach upset, joint pain, liver problems and cardiovascular issues.

There are some natural alternatives that you may wish to pursue, however, don’t attempt these without consulting your physician or major health giver. Accupuncture has been show to assist in relieving the localized pain. Combinations of heat and cold alternating for fifteen to twenty minutes at a time. Cherry juice (specifically tart cherry juice) is a proven anti-inflammatory and, if taken twice a day has shown a lowering and eliminating of gout pain. Drinking a lot of water every day will help to flush the uric acid. This should be part of your regiment to assist in relieving pain from gout.