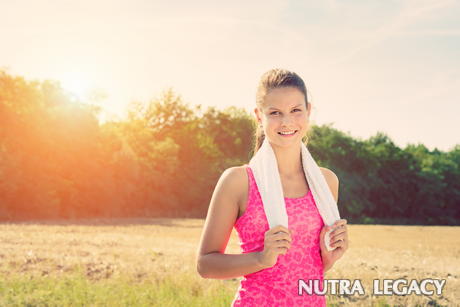 Have you ever been working out then suddenly had a surge of positive feelings that made you feel good all over? This experience is sometimes referred to as the Runners High, even though you don’t have to be running to have it happen. The causes of those happy feelings are endorphins, and they are your body’s way of giving you a natural high.

Endorphins are neurotransmitters meaning they are chemicals in the brain responsible for creating different feelings and behaviors. Around 20 different types of endorphins have already been identified and more may also be present. The body releases endorphins most frequently in response to stress or pain. Once released the chemicals begin working with the same receptors in your brain that respond to opiates, such as morphine.

You feel less pain, as well as more pleasure. For some people, the endorphins can create a temporary sense of euphoria. You’ll also feel less hungry and your body’s immune system can work more effectively.

What Causes Endorphins to be Released?

Not much is known about how their release is triggered but research has shown some clear cases when they are released. One of the most well-known causes is prolonged exercise hence the idea of the runners high. Runners have to go long distances sometimes and the running can become exhausting and painful. However, many runners reported feeling euphoric deep into their run and that those feelings carried them on through the end of the race. The cause was the release of endorphins.

But running is not the only way to increase endorphins in your body. Research has also shown that one of the main reasons orgasms feel so good to men and women is because they cause the release of endorphins into the body.

Some also suggest that non-physical activities can also trigger a slight endorphin release. For example, eating chocolate or chili peppers is supposed to cause the same type of response.

Another activity that might lead to a release of endorphins in the body is acupuncture. Although skeptics have long pointed out that acupuncture does not provide any real physical benefit for people when the treatment is compared to a placebo treatment, people who receive acupuncture swear that it makes them feel better. Endorphins may explain the discrepancy.

As you remember early on, one of the benefits of endorphins is a reduction in pain. Because acupuncture is commonly used for pain reduction, if it could somehow trigger the release of these chemicals then they may be able to combat that pain. Researchers who have studied this phenomenon believe this is what is happening and that this explains the benefits experienced by users of the treatment.

Laughter is also known to cause an increase in endorphins in the body. That may be why people can’t feel stressed and laugh at the same time. Try it – it’s simply not physically possible. That’s one reason why laughter is considered one of the best stress relievers.

Taking some types of risks is also a good way to get the endorphins flowing. While flight or fight syndrome might have you going crazy in line for the roller coaster, it’s the endorphin rush you feel as you drop down the first massive hill that keeps you coming back for more.

2 Responses to “Endorphins – the Best Way to Achieve Natural High”