Shivering in the Cold

Here’s some news to fire up all those Midwesterners currently suffering through deep freezes and other wintry trials. New research suggests that shivering (when your muscles contract mechanically to generate more heat in the body) is a viable substitute for regular exercise. 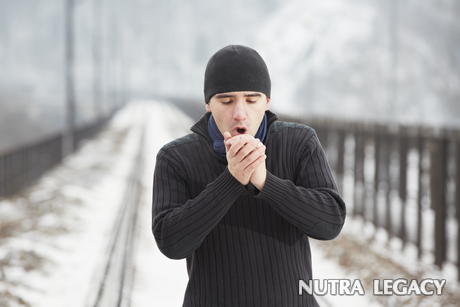 When we exercise our bodies, we transform energy-storing white fat into brown “good” fat or adipose tissue. High levels of this brown fat can be found in hibernating animals and newborn babies because it provides warmth. More recently, scientists have discovered that brown fat is present in adults, and that adults with high levels of brown fat tend to be slimmer than those with low levels. A new study, led by Dr. Paul Lee of the Garvan Institue of Medical Research in Sydney, Australia and published in Cell Metabolism, champions brown fat and posits that the process of shivering can actually produce just as much of it as fairly intense physical exercise.

According to Honor Whiteman’s article in on MedicalNewsToday.com, “The researchers already knew that cold temperatures stimulate brown fat, causing it to burn more energy. But the underlying mechanisms were unknown. The research team recruited a set of volunteers for their study. They exposed the volunteers to increasing cold, from 18 degrees Fahrenheit down to 12 degrees, until it caused them to shiver. The volunteers started to shiver at around 16 degrees. From this, the researchers discovered that shivering muscle releases hormone called irisin, while brown fat exposed to cold environments releases a hormone called FGF21.”

Explaining the hormones’ activity, Dr. Lee says:
“These hormones fired up the energy-burning rate of human white fat cells in the laboratory, and the treated fat cells began to emit heat – a hallmark of brown fat function.”
After having subjects exercise on a bike for one hour, Dr. Lee and his team found that the muscles of their participants released the same amount of irisin in10 to 15 minutes of shivering in a cold environment. The investigators theorize that humans have learned to exercise in order to mimic the shivering thatkept our ice-age mammalian ancestors warm and fit. This information certainly feels relevant as it seems another ice-age is encroaching.