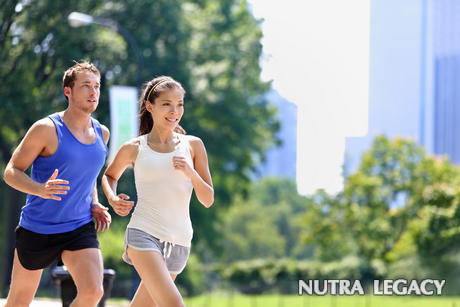 For decades, runners have been talking about the almost mythic experience known as the runners high. Although not easily duplicated in laboratory experiments, this experience expresses itself in similar ways among runners. Below are ten signs you have joined their ranks.

10. Feel a sense of accomplishment

When people engage in running exercise or other types of physical activities, they often report this “high” coming along with an incredible sense of accomplishment, usually when they have achieved a personal goal.

The runners high causes you to feel almost like a feather being blown in the wind. You don’t feel as if you have to work hard to keep going. Running suddenly feels like the easiest thing in the world. You might feel as if you could go on forever.

Some runners also say the sensation includes the sharpening of some or all of their senses. For example, they may be able to smell the strong aroma of honeysuckle as they race by or may be able to hear the sound of their feet hitting the ground very clearly.

7. Feel as if you have total physical control

People who do running exercise regular and have experienced this “high” for themselves sometimes say they felt as if they were totally in control of their body’s every movement. They could keep pushing themselves until they wanted to stop. They could control their breathing, heartbeat, and more.

One of the most interesting symptoms of the runners high is the increased pain tolerance. Runners who have been injured during a race have managed to persevere past the finish line only to collapse in pain the moment they stop running. The endorphins released in the body during exercise are most likely responsible for this phenomenon.

Perhaps because of the pain tolerance or the feeling of total control, people who are having the runners high also feel as if nothing can hurt them. They can run as fast and as long as they want without having to worry about physical injury.

4. Have total focus on the run

When runners hit this level, their sensations do heighten as mentioned above but most of those sensations become totally focused on the actual run. Instead of thinking about what to do after getting back home or how much further the finish line is, the runner’s brain thinks about nothing but the sensations associated with the run itself.

A sense of calmness and complete relaxation is also commonly reported not just by runners but by swimmers, bikers, and weightlifters as well. This sensation may be why levels of depression and anxiety are significantly lower in people who exercise regularly than those who do not.

The most important feeling associated with the runners high is best described as euphoria. It’s a sensation beyond just simple happiness. It’s a feeling that nothing bad is ever going to happen and that everything is going perfectly. While it’s hard to put into words, anyone who has experienced this during running exercise never forgets it.

And that brings us here. Because once you have experienced the incredible euphoric feeling associated with the runners high, you want to keep experiencing it and that leads to an increase in motivation.